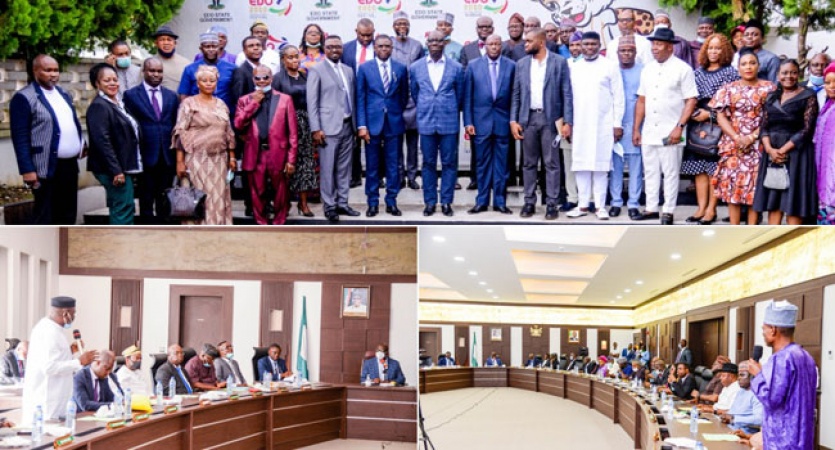 The Edo State Governor, Mr. Godwin Obaseki, on Wednesday, dissolved the state executive council ahead of his inauguration for a second term in office.

The governor, who announced the dissolution at a valedictory executive council session at the Government House in Benin City, expressed appreciation to the outgoing council members for their selfless service to the state.

Obaseki said: “Since I became governor, I didn’t sack any commissioner, but rather they sacked me by resigning from my cabinet. What is important in government are the core values of truth, justice, and fairness.

Obaseki urged former members of his cabinet to continue to work and support his administration, adding, “You are all part of this administration and architects of the new design for the growth and development of the state.”

In his remarks, the Deputy Governor, Rt. Hon. Comrade Philip Shaibu, commended the governor for his leadership style, adding that all former members of the cabinet learnt from his political ideology.

“You have shown that you are a good leader. I appeal to you to continue with the good works. God has put you as the governor to lead Edo to a greater height and we all will continue to support you.”

On her part, the outgoing Commissioner for Social Development and Gender Issues, Mrs. Maria Edeko, expressed appreciation to the governor for giving them the opportunity to serve in his cabinet.

Unilag Medical student stabbed to death a day after Graduation

13,514 Total Views Lagos, Nigeria – Union Bank of Nigeria is pleased to announce that it has received high ratings in…