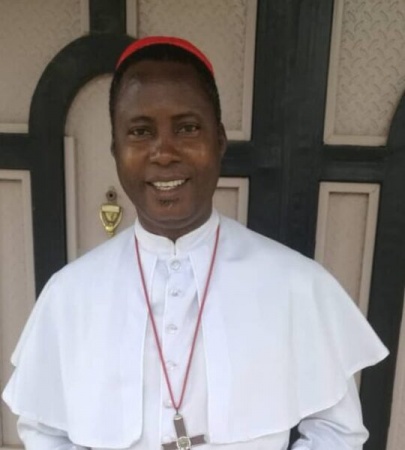 It was gathered that three churches were raided within two weeks between October 5 and 16 this year. In all the churches invaded, the public address systems were carted away, while the instrument were stolen twice in one of the churches. The state chairman of Christian Association of Nigeria (CAN), Bishop Amos Ogunrinde, said the dastard acts were perpetrated in October and the case was reported to the Police. “Those involved are armed robbers because a lot of churches have been burgled in Osogbo in recent time. We have reported to the police, I think one of them was arrested and the case is still in court. “Some people in Lagos have been on the matter begging us that they want to take over the case but we refused. “After some arrests were made that time, the incidents stopped, but now it has started again. At that time, they robbed All Saint Anglican Cathedral at Balogun Agoro, Osogbo twice.

“All the public address system were removed and taken away in October but it was not related to #EndSAR protest”, he said.

However, Police spokesperson in the state, SP Yemisi Opalola, said three churches were raided within two weeks in October and some persons were arrested, but the Anglican Church authority eventually said it has no interest in pursuing the matter. “We are aware of three cases of churches that were invaded. All Saints Church, Balogun Agoro, Methodist Church of Living Spring, Isale Aro, and Anglican Bishop Court Church, Youth Chapel, Isale Aro. The Isale Aro case happened on the 5th October 2020 and Methodist happened on the 12th October 2020 then the third one happened on 16 October 2020.

“We could not get any suspect for the Methodist Church. It was unfortunate that all the incident happen during EndSARS period that nobody was even allowed to go out.

“The third one, two security guards were arrested but before they were arraigned the church authority intervene and ask us to hold on before they will be charged.

“They said they will be coming on a later date and you know we have limited time to hold a criminal. So since they did not come again they were released. The case was only halted not dismissed,” she said.

3,415 Total Views Labour Party presidential candidate, Peter Obi has cautioned his supporters and loyalists against being toxic, urging them to…