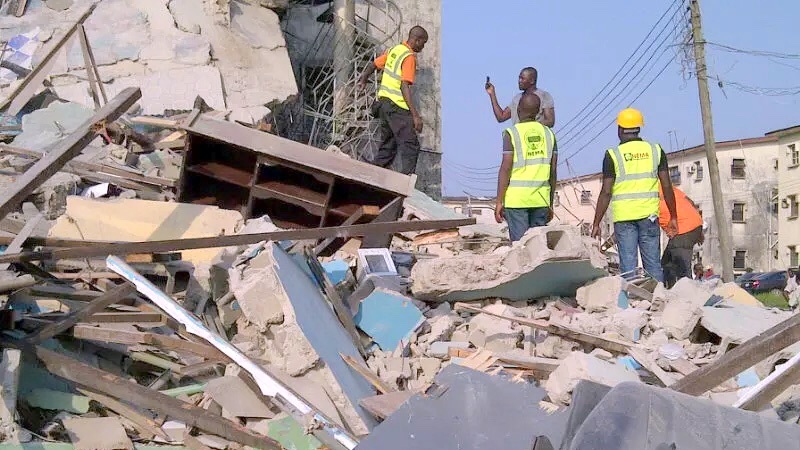 Two more bodies of artisans who died in the building that collapsed on Sunday were recovered on Monday by emergency responders at the scene.

Four bodies out of the six people who were initially trapped in the collapsed building have so far been recovered with two bodies earlier recovered on Sunday.

The image maker in charge of the state police command, Benjamin  Hundeyin has confirmed the recovery of the two bodies.

4,546 Total Views Some angry youths in Kano State, on Monday, hauled stones at the advance convoy of the President, Major…

3,970 Total Views The President Muhammadu Buhari and the House of Representatives are on collision course over the deadline for the withdrawal of…