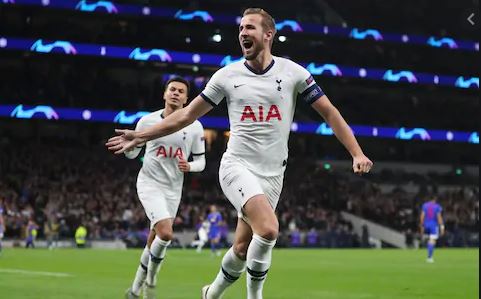 Another London Debby has come and gone but the bliss of victory and hurt of defeat will continue to linger for a moment. The spurs yesterday return back to the top position after sending arsenal back home two strokes of goals in their net. The sterling combination of the two front-liner Harry Kane and son made a whole lot of differences in the game.

The deadly double act was at the heart of another impressive win and both were on the scoresheet as Jose Mourinho’s side took control of the game by the interval.

Son, 28, and Kane, who is a year younger, have now combined for 31 Premier League goals, the second most of any duo behind former Chelsea players Didier Drogba and Frank Lampard (36).

Eleven of those goals have come in this campaign and Kane told Sky Sports: “We’re both at an age now where we’re coming into maybe in our prime in terms of understanding the game and understanding each other.

“When I’m passing him through and he’s cutting inside and whipping them into the top bins it is an easy game for me.”

Mourinho hailed the pair as “world-class” and once again highlighted their strong work ethic.

“Kane clearing balls in the box, Sonny for the first 60 minutes as a winger and then a second striker – it is not just about scoring goals and being world-class players,” he said. “It is about being great guys and doing your best for the team.”

Spurs fans were back inside their vast stadium for the first time in 277 days and were celebrating after only 13 minutes when Son took Kane’s pass, advancing on the retreating Arsenal defence before curling a magnificent right-foot finish beyond diving Arsenal keeper Bernd Leno from 25 yards.

Arsenal dominated possession in the first half but it was Spurs who had the ruthless, clinical edge as they caught the Gunners on the break in stoppage time, Son repaying the compliment by playing in Kane for an unstoppable finish off the underside of the crossbar for his 11th north London derby goal and the 250th of his career for clubs and country.

Mikel Arteta’s side, who lost Thomas Partey to injury right on half-time, showed a little more threat after the break but Spurs closed out the win with relative ease to return to the Premier League summit.

2,565 Total Views Labour Party presidential candidate, Peter Obi has cautioned his supporters and loyalists against being toxic, urging them to…