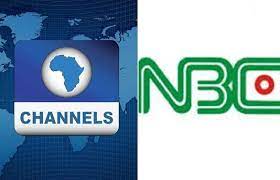 The National Broadcasting Commission (NBC) on Tuesday said Channels Television has apologised over its infraction of the broadcasting code.

NBC’s Director of Public Affairs Mrs. Franca Aiyetan said this yesterday in an interview with the News Agency of Nigeria (NAN) in Abuja.

Aiyetan explained that the commission’s letter to the TV station was a regulatory instrument to check the excesses of the station.

She said the intent of the letter was neither to close down nor sanction the station, rather it was meant to draw the station’s attention to its breach of the broadcasting code, adding that “the station has accordingly apologized’

According to her, the letter asked Channels TV to explain why it gave credence to an organization that was already proscribed by the Federal Government.

She said: “It was actually not for public consumption, it was not a press release. It was a regulatory instrument to check the excesses of the station.

“It is a station that won an award but we say in this particular situation, you did not handle it professionally.

“It is possible to breach the public peace and that was what the letter conveyed to Channels TV, to which the TV station has responded, saying we apologise, we did wrong.

“When the media started asking me about Channels TV, I had to go and find out what letter we had issued out because if it is a press release or something that is for public consumption, it will come to the Public Affairs Department of NBC.

“And I will be able to communicate to the media about it, but this letter that went to Channels TV is our way of regulating the broadcasting industry.

“It is called a bridge letter to the station to say in this particular programme you did not act professionally; you did not do it in line with the provision of Nigeria Broadcasting Code.”

2,137 Total Views The Federal Government has re-introduced a nationwide 12am to 4am curfew to curtail further spread of COVID-19. The…