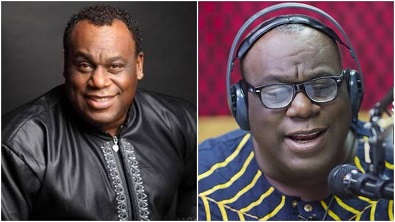 He said: “I just got off the phone, my friend Oscar confirmed that Dan Foster has passed on. This is a very, very dark year. How can I overcome this unending melancholy? Rest in peace.”

The late Foster, real name Daniel Foster, is a Nigerian-based American radio personality, formerly an Idol series judge who held a similar position with the Got Talent franchise.

Foster, better known as Big Dawg, worked with numerous radio stations, including Cathy Hughes Radio One, Mix 106.5, both in America, and Virgin Island-based WTBN, before moving to Nigeria in 2000 where he joined Cool FM and quickly became popular among Nigerian listeners.

Foster changed the face of Radio Broadcasting in Nigeria, especially Lagos, from the early 2000s. A year later, he received an award for Best Radio Presenter of the year. He also won 2003, 2004, and 2005 Nigeria Media Merit Awards for ‘Best Radio Personality’.

He was also the creator and director of the Cool FM Praise Jam concerts that have taken place since 2004, with a total of over 22,000 people in attendance.

In September 2009, Foster left Cool FM for a new radio station Inspiration FM, but left in 2014 to join City FM.

Foster has a son, Joshua, from his previous marriage. Now married to a Nigerian, Lovina, with daughter Daniella and son Somtochukwu.

379 Total Views Union Bank of Nigeria has launched a brand-new sonic identity tagged ‘The Sound of Union. At 105 years,…

2,819 Total Views Four officers of the Nigerian Navy have reportedly attacked an anti-robbery police patrol team in Satellite Town, a…