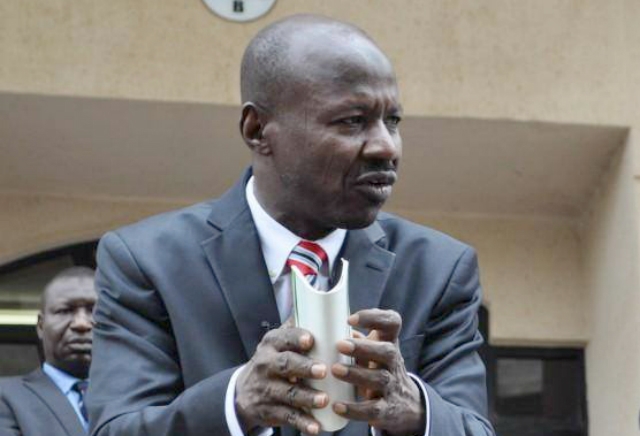 Detectives under the watch of the Ayo Salami led panel combed the house of the embattled EFCC acting Chairman Ibrahim Magu on Tuesday after he was detained on Monday by the DSS to face the panel over abuse of office.

It was learnt that the detectives combed Magu’s house in Karu on the outskirts of Abuja at about 7pm.

“About 10 detectives in four vehicles went to Magu’s personal house in Karu, a clustered suburb of Abuja. They met some aides and guards. They said they came to search the house but the aides and security guards resisted them.

“When they insisted that they were acting on intelligence, the security guards and aides called Magu’s wife on the telephone and she directed them to allow the detectives access.

“They conducted the search unhindered. They did not find anything in the house. They wrote a report which was countersigned by one of the aides.

There were indications on Tuesday that the findings of the Salami Administrative Panel will guide the final decision by President Muhammadu Buhari on Magu’s fate.

The President engaged the Justice Salami panel to enable him have a broader perspective on the allegations against Magu by Attorney-General of the Federation and Minister of Justice Abubakar Malami (SAN).

The source said: “The President is only awaiting Salami panel’s report before taking his decision. He wants to be fair to all parties.

Corpse, family and church members in an accident on the way to burial

Amosun vow to complete all Projects except one, before May 29

8,251 Total Views Governors in the camp of the Rivers State Governor Wike yesterday boycotted the inauguration of the Peoples Democratic…