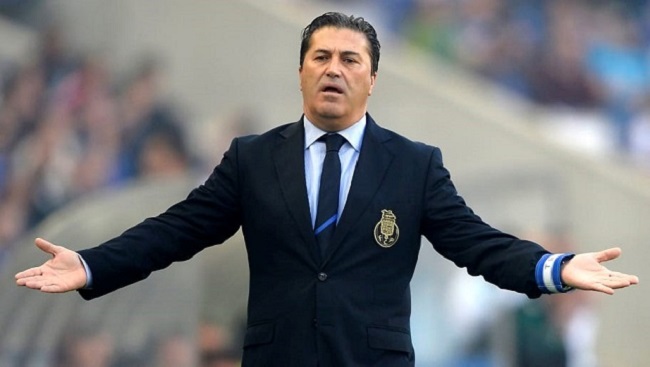 The Nigeria Football Federation (NFF) on Wednesday night named Jose Peseiro as the new head coach of the Super Eagles.

The Portuguese replaced the Franco-German, Gernot Rohr, who was sacked on December 12.

Peseiro is expected to be at the 2022 Africa Cup of Nations (AFCON) as an observer when the three-time African champions file out at the tournament next month in Cameroon as Augustine Eguavoen will be in charge of the team for the AFCON 2021.

According to the statement released by the NFF “After careful consideration of a memo presented by Chairman of the Technical and Development Sub-Committee, the Executive Committee endorsed a proposal for the appointment of Mr Jose Peseiro as the new Head Coach of the Super Eagles, following the end to the relationship with Mr Gernot Rohr.

However, the Committee resolved that Mr Augustine Eguavoen, named the interim Head Coach, will lead the Super Eagles to the AFCON 2021 in Cameroon with Mr Peseiro only playing the role of Observer.

It was unanimously agreed that the AFCON is a good avenue for Mr Peseiro to launch a working relationship with Mr Eguavoen, who will revert to his role as Technical Director (hence Mr Peseiro’s immediate boss) after the AFCON.

“The Executive Committee mandated the Technical and Development Committee as well as the NFF Secretariat to organize a friendly match for the Super Eagles when the team arrives in Garoua for the AFCON 2021, and also to arrange matches for the Super Eagles and the Super Falcons in upcoming FIFA windows for international friendlies.

No special special aspirant, only national agenda for 2023 – Obasanjo

4,466 Total Views Netflix will begin blocking subscribers from sharing their account passwords with people outside of their household in the…