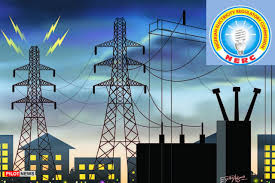 The Federal Government and the Nigeria Labour Congress (NLC) on Sunday kicked against the nod given to electricity Distribution Companies (DisCos) by the Nigerian Electricity Regulatory Commission (NERC) to hike tariffs for Wednesday.

According to them, the go-ahead is against the recommendations of the technical committee on electricity tariffs.

Minister of State for Labour and Employment, Festus Keyamo said the technical committee which he heads was not contacted by NERC.

The NLC Deputy President Joe Ajaero urged Nigerians to rise against another tariff hike by the DisCos.

The committee had recommended the sustainability of subsidy on electricity tariffs till December. It also called on NERC to avoid phased changes in tariffs.

There was a report at the weekend that the NERC has directed the 11 DisCos to raise their tariff from Wednesday.

The commission in a letter titled: “Tariff increase notification” gave the energy distributors the leverage to charge a service-based tariff.

A statement credited to the Eko Electricity Distribution Company (EKEDC) said the increase will be reflected on the energy bill for October. The bill will cover energy consumption for September,” it stated.

But, hours later, the EKEDC in a statement by its Managing Director, Mr. Adeoye Fadeyibi, described the earlier release as unsubstantiated. He urged customers to disregard all such reports.

Keyamo said yesterday: “We have not been officially communicated to by NERC. If and when they do, we will take it from there. We will look at it when they communicate to us.”

1,684 Total Views THE University of Abuja Teaching Hospital (UATH) has vindicated itself of alleged complicity in the death of a…