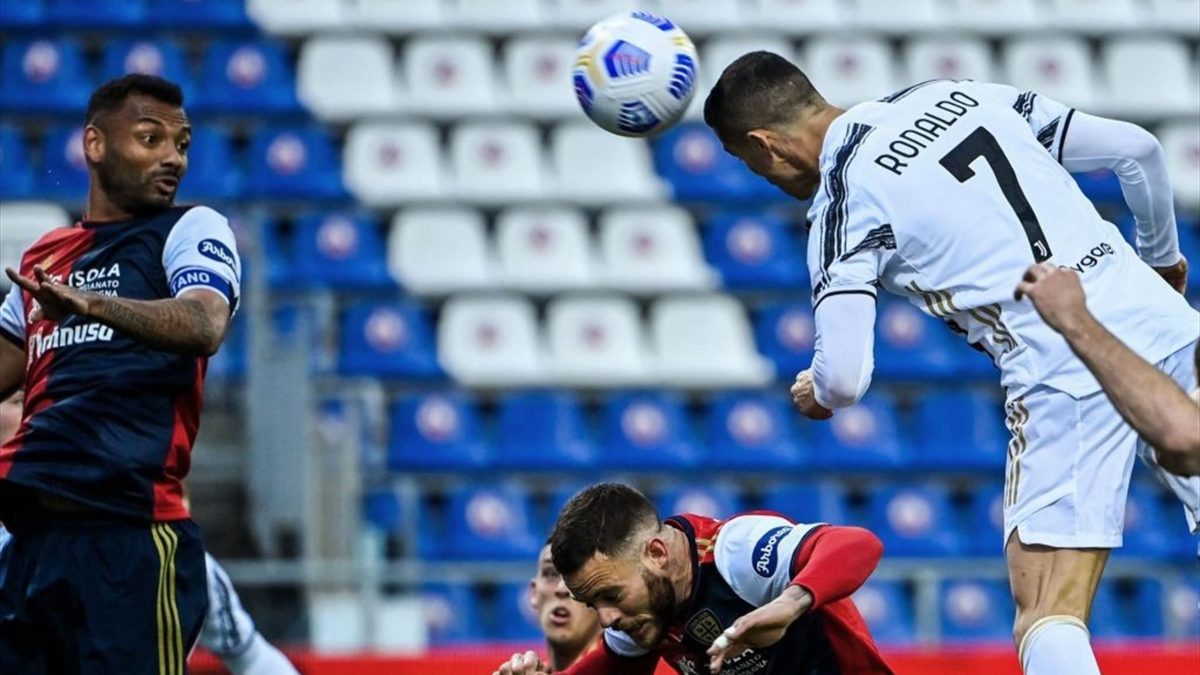 In a week when they crashed out of the Champions League, under-performing Juventus must immediately bounce back at relegation battlers Cagliari on Sunday, if they wish to retain any faint hope of retaining the Scudetto this season.

It may not be a straightforward task either, as their Sardinian hosts have won two of their first three games with new manager Leonardo at the helm and are in need of points to keep their heads above water in the fight for Serie A survival.

CR7 had only managed one treble in the Italian league before and that was funnily enough also against Cagliari in January 2020.

It was a ‘perfect’ hat-trick because he scored with his left foot, right foot and a header.

However, he could easily have been sent off when it was still just 1-0, only booked for dangerous play on Alessio Cragno.

Cagliari managed to get one back after the break, Giovanni Simeone sliding in to break his drought.

Ronaldo’s goals take his career total total goals 770 – three clear of Pele’s tally of 767. In a congratulatory message from the football legend, he wrote on his Instagram account; “Life is a solo flight. Each makes his own journey. And what a beautiful journey you are having. I admire you a lot, I love watching you play and this is no secret to anyone. Congratulations on breaking my record of goals in official matches,” Pele posted on

3,554 Total Views Some angry youths in Kano State, on Monday, hauled stones at the advance convoy of the President, Major…

2,978 Total Views The President Muhammadu Buhari and the House of Representatives are on collision course over the deadline for the withdrawal of…