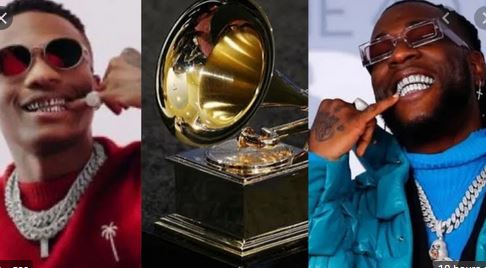 Burna Boy, Wizkid broke the Nigerian music record at the 63rd Grammy Awards yesterday by winning a Grammy award for his album Twice As Tall and brown skin girls respectively

He is the first Nigerian to win a Grammy in his second attempt.

Burna Boy’s win was announced at the award ceremony, which was hosted by TV show host, Trevor Noah.

Twice As Tall, Burna Boy’s fifth studio album, was adjudged one of the best to be recorded by the 29-year-old Nigerian-born Damini Ogulu.

Wizkid won the Best Music Video for his song with Beyoncé.

In 2020, Burna Boy’s fourth Studio, ‘African Giant,’ had vied for the category but lost to Angelique Kidjo.

The Grammys described Twice As Tall as “a masterclass in the vibe and hustle that have made Burna Boy an international musical force”.

“[He] continues to torch limitations, seamlessly blending styles and genres and fearlessly fuelling the fire heating the melting pot of pop, Afrobeat, dancehall, reggae and more,” it said.

Buhari did not lead by example in assets declaration, says Afenifere

4,271 Total Views Netflix will begin blocking subscribers from sharing their account passwords with people outside of their household in the…