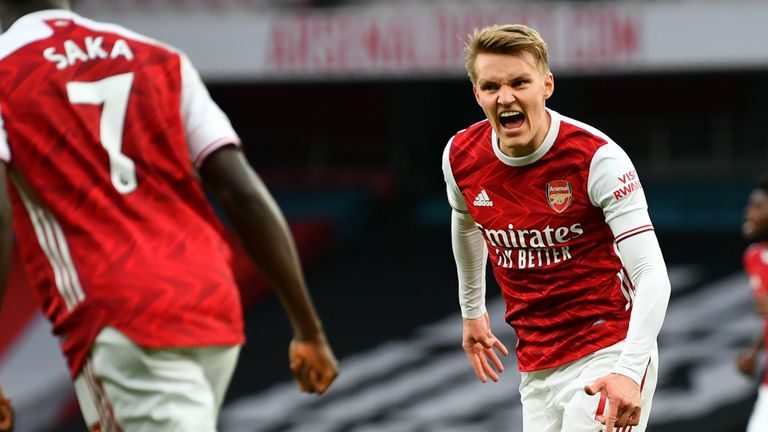 Arsenal recovered from Erik Lamela’s glorious rabona but was then sent off as Arsenal came from behind to deservedly beat Spurs 10-man in a dramatic north London derby despite the absence of exiled captain Pierre-Emerick Aubameyang on
Lamela scored one of the greatest goals in Premier League history with an audacious strike in the first half at the Emirates Stadium. But the Tottenham forward went from hero to villain when he was sent off for a second booking after Jose Mourinho’s side blew the lead.
Martin Odegaard had equalised with a deflected effort just before half-time and Alexandre Lacazette sealed the points with a second half penalty.

Lagos to witness multiple road closure on Friday and Saturday

1,536 Total Views Heritage Bank Plc has further reiterated its commitment to the growth and development of the creative and entertainment…

2,249 Total Views The Nigerian National Petroleum Corporation (NNPC) has increased the daily supply of Premium Motor Spirit (petrol) across the…