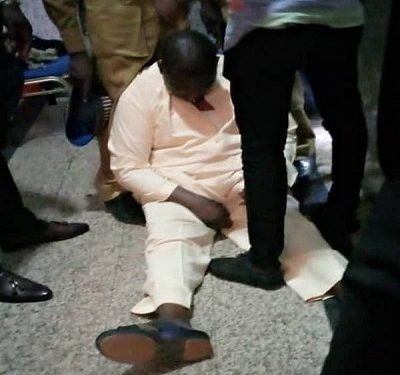 The ex-Chairman of the defunct Pension Reform Task Team (PRTT), Abdulrasheed Maina collapsed on Thursday at the resumption of his trial before the Federal High Court in Abuja.

Maina is being prosecuted on a 12-count charge bordering on money laundering offences.

Maina, who sat in the dock, collapsed on his seat at exactly 10:05 am when his lawyer, Anayo Adibe was making submissions before Justice Okon Abang handling his trial.

Justice Okon Abang then rose and suspended proceedings to allow the court’s health officials, officials of the Correctional Service, and his relations (who were in court) to attend to him.

He was later moved out of the courtroom.

The judge, after waiting for about 30 minutes, has returned to resume proceedings in the case.

3,410 Total Views Labour Party presidential candidate, Peter Obi has cautioned his supporters and loyalists against being toxic, urging them to…