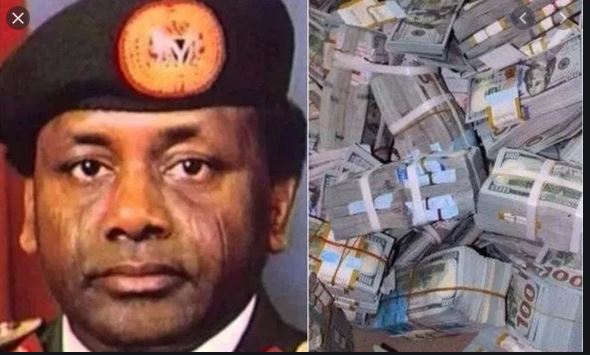 The Federal Government has received $311,797,866.11 assets of one-time Head of State, the late Gen. Sani Abacha, from the United States (U.S.) and the Bailiwick of Jersey, Attorney-General of the Federation and Minister of Justice Abubakar Malami said on Monday.

Malami, a Senior Advocate of Nigeria (SAN), said although about $308 million was being expected since February, $308 million mentioned in the press release issued in February increased to over $311 million because of the interest.

The minister said the interest accrued from February 3 April 28 this year when the fund was transferred to the Central Bank of Nigeria (CBN).

The funds were returned to Nigeria under an agreement called “Abacha III”.

The disclosures were contained in a statement in Abuja by the AGF’s Special Assistant on Media and Public Relations, Dr. Umar Jibrilu Gwandu.

The statement quoted Malami as saying:  ”Litigation process for the return of these assets titled ‘Abacha III’ commenced in 2014 while the diplomatic process that culminated into the signing of the Asset Return Agreement on 3rd February 2020 by the Governments of the Federal Republic of Nigeria, United States of America and the Bailiwick of Jersey commenced in 2018.

“This agreement is based on international law and cooperation measures that set out the procedures for the repatriation, transfer, disposition and management of the assets.

The minister said the government will invest the assets in expediting the construction of the following infrastructure: Lagos – Ibadan Expressway, Abuja–Kano Expressway and the Second Niger Bridge.

He said the Federal Government was in the process of establishing a project monitoring team to oversee the implementation of the projects and report regularly on progress made to the public.

COVID-19 TREATMENT: Local herbs option not condemned, only need to be approved by NIPRD - FG

2,630 Total Views Labour Party presidential candidate, Peter Obi has cautioned his supporters and loyalists against being toxic, urging them to…