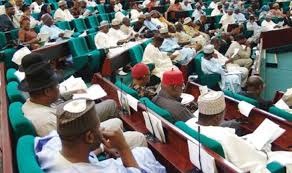 The House of Representatives on Wednesday urged the Revenue Mobilisation Allocation and Fiscal Commission to “immediately” review the remuneration of judicial officers in line with present economic realities.

The House also urged the Federal Government to, in line with judicial autonomy accede to the increase in statutory transfer to the judiciary in the coming fiscal year.

Furthermore, the House mandated its Committee on Judiciary to work towards an amendment of the Certain Political, Public and Judicial Office Holder (Salary and Allowances, Etc.) Act “by removing the remunerations of judicial officers from that of political and public office holders.”

The committee is to ensure compliance with these resolutions and report back within six weeks for further legislative action.

The resolutions were sequel to the unanimous adoption of a motion titled, ‘Need to Review Remunerations of Judicial Officers and Increase the Statutory Transfer to the Nation’s Judiciary.’

Chairman of the House Committee on Judiciary, Mr Onofiok Luke, who moved the motion, dismissed the pay currently being received by judicial officers.

Luke said, “The House notes that the salary of judicial officers was last reviewed by the RMAFC in 2007 when the official exchange rate was N124 to $1 and the minimum wage was N5,000; and considering inflationary pressure and other economic factors that have depreciated the value of the Naira by over 60 per cent, the salary of judicial officers has become totally at variance with current economic realities.

Luke said the House is, however, “disturbed that it is unfair, unconscionable, unjust and unrealistic that in the face of the several restrictions on the conduct of judicial officers, the judicial officers receive a meager salary when compared with prevalent economic realities, thereby rendering them vulnerable to corruption.

“The House is also aware that the budget for the judiciary has remained at N110bn since 2017, while the total budget size has continued to grow, leading to gross underfunding and neglect of the judiciary over the years, which have affected productivity, increased frustration, and deflated the morale of judicial officers and staff.

“The House is cognisant of the enormous and expanding responsibilities of the judiciary, owing to the country’s increasing population of over 200 million people and the attendant financial implications for building new courts and refurbishing the existing ones aimed at greater access to justice by the people for effective and efficient justice delivery,” he explained.

The lawmaker stated that the judiciary, as an independent arm of government, “the Executive does not have the constitutional power to reduce or review the budget of the Judiciary but only to submit to the National Assembly the exact budget as proposed by the Judiciary in conformance to the Constitution and constitutional practices of advanced democracies.”

He, however, said, “The House is worried that poor remuneration of judicial officers is a serious threat to the judiciary, which is a critical institution of the state and starving them of funds compromises their foundational functions and could present misfortune for our democracy, as the judicial officers may not maintain impartiality and independence in the discharge of their judicial functions.”

1,893 Total Views The Federal Government has set a deadline of December 1 for civil servants to take the COVID-19 vaccine….