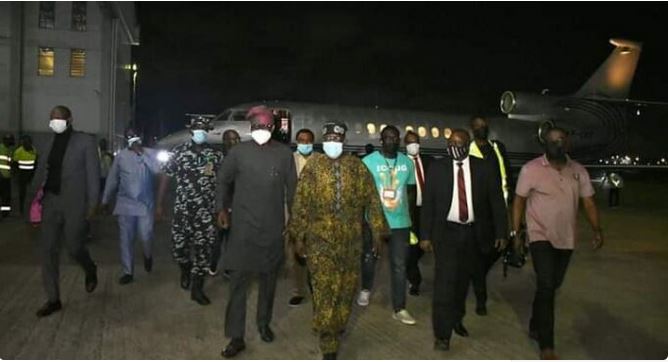 Tinubu, a former governor of Lagos, returned to the country on Friday evening. According to a statement by his media office, the former governor had surgery on his right knee and also underwent physiotherapy following the operation.

“During his trip abroad, he underwent surgery on his right knee as well as rigorous post-surgery physiotherapy on the said knee.

“Contrary to unfounded rumor, he underwent no other surgical procedures and contemplates none in the future.

“His recuperation has been without complication and ahead of the schedule by the attending surgeon.

The development comes hours after the launch of a campaign group called SWAGA 23, a group championing the candidacy of Tinubu for the 2023 presidency.

The APC chieftain is, however, yet to officially declare his interest to run for the presidency

Fury humble Wilder for the second time to retains belts

At last, Buhari and Fayose meets in Abuja

1,855 Total Views The Federal Government has set a deadline of December 1 for civil servants to take the COVID-19 vaccine….