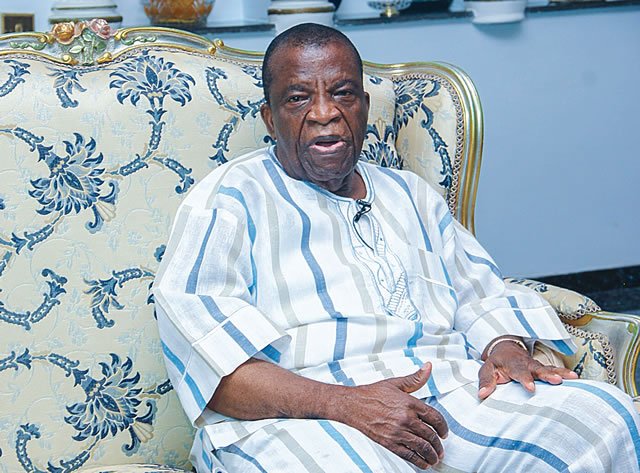 It was gathered that the incident had put the family of Prince John and Mrs Lola Olabayo, a daughter of the famous billionaire, Prince Samuel Adedoyin in a mourning mood.

Unconfirmed reports had it that the young man Olabayo Subomi committed suicide in the early hours of Tuesday in their Ilorin family home.

The body of Subomi was reportedly discovered around 5:00 pm in the backyard of their Ilorin residence, while he was said to have left the house around 11 am. Sources close to the family revealed that Subomi had been depressed for some time.

“His mother travelled to Abeokuta, Ogun State for a function on Tuesday. Subomi became suddenly moody and withdrawn some time ago, but he had a particular girlfriend that usually changed his mood for better anytime she came around,” a source said.

The incident was said to have been shrouded in mystery according to some people as they could not understand the suicide allegedly committed by the young man using a mattress bedsheet with his feet on the ground.

However, when contacted, a member of the family confirmed the death of the young man, saying that the family will come out with a statement later in the day.

“This is a prominent family and people will have one or two things to say but I can assure you that the family will come out with a statement later today over this unfortunate incident that has befallen us,” the family member said.

When contacted, the PPRO of the state command, Okasanmi Ajayi, said that the police is yet to get any report related to that incident.

4,476 Total Views Some angry youths in Kano State, on Monday, hauled stones at the advance convoy of the President, Major…

3,900 Total Views The President Muhammadu Buhari and the House of Representatives are on collision course over the deadline for the withdrawal of…