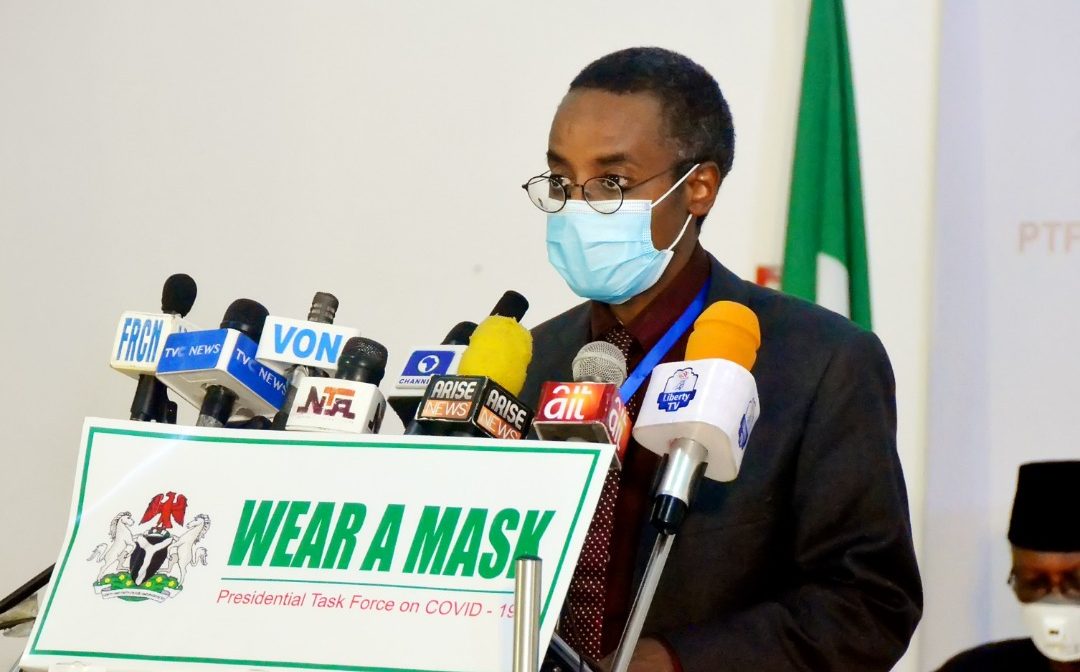 The Presidential Task Force on COVID-19 has placed six months travel ban on Nigerian passengers who dodge the mandatory second COVID-19 test on arrival from overseas.

The PTF coordinator, Dr Sani Aliyu, while speaking at the daily briefing on COVID-19, also revealed that foreigners who failed to carry out the second COVID-19 test would have their visas revoked while leaving the country.

The coordinator also stated that over 9000 passengers have registered with the new travel hub, while over 5,000 have actually made payments through the hub, indicating that the hub was working well.

He also explained that young children as well as those with diplomatic passports would be excluded from the second COVID-109 test.

This is even as the PTF revealed that all government operated airports in the country are now open for operations.

The minister of Aviation, Hadi Sirika, while speaking at the briefing, explained that other privately operated airports were to re-opened after meeting the required measures against COVID-19 and clearance from Nigeria Civil Aviation Agency (NCAA).

Sirika also stated that talks were ongoing to re-open Nigeria airspace to some of the banned airlines and countries.

The News Agency of Nigeria (NAN) reports that the minister had stated that the principle of reciprocity will be applied to countries who banned flights from Nigeria.

Some of the countries which have already banned flights from Nigeria are in the European Union (EU) as the EU included Nigeria on the banned countries on July 1, 2020, when they opened their airspace.

4,244 Total Views The National Chairman of the All-Progressives Congress (APC), Adamu Abdullahi has withdrawn from a suit filed against the…

3,343 Total Views Romelu Lukaku has returned to Inter Milan on a season-long loan, just a year after leaving for Chelsea….