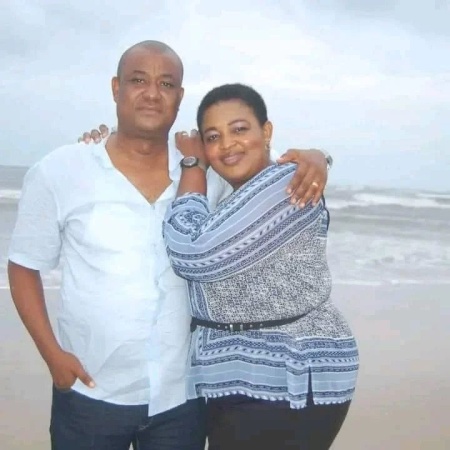 Sonnie Bassey, the man who lost his wife in a fatal accident while she was chasing him and his mistress is dead.

He had reportedly been in a coma due to shock of losing his wife.

According to 9News, Sonnie finally lost the battle and he has finally gone to meet his late wife leaving behind their children who have now become orphans.

The wife who died two weeks ago sighted her husband leaving SPAR shopping Mall in the company of another female when she tried to block her husband’s car with the Toyota Highlander, she was driving in.

Her husband was said to have manoeuvred his vehicle out of the attempted blockade and then took the Murtala Muhammed highway, while his wife reportedly gave him a serious chase.

“In a bid to outrun her husband, she lost control of the speeding vehicle, veered off the road and slammed the vehicle, headlong, into a tree, damaging the vehicle beyond repairs and also killing herself,” the source said.

A source at the hospital said that the husband was allegedly begging his wife’s lifeless body to forgive him while urging her to come back to life and take care of their three Children.

Wife allegedly stab herself to cover up killing husband

274 Total Views Union Bank of Nigeria has launched a brand-new sonic identity tagged ‘The Sound of Union. At 105 years,…

2,714 Total Views Four officers of the Nigerian Navy have reportedly attacked an anti-robbery police patrol team in Satellite Town, a…