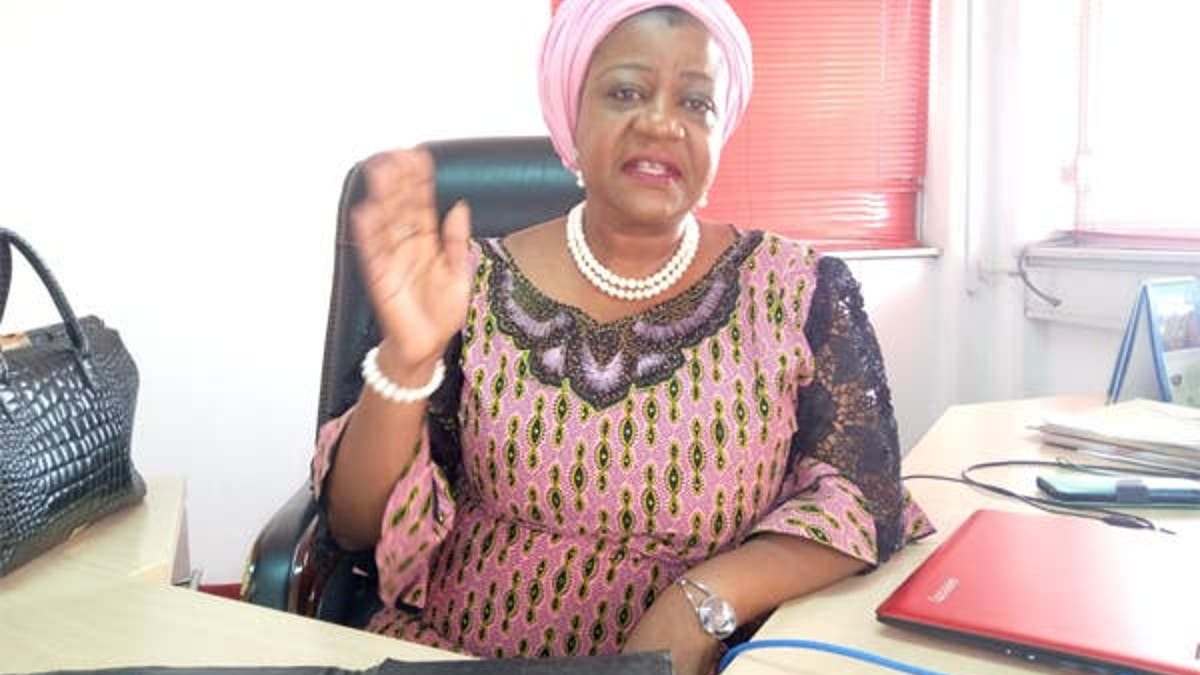 No fewer than 14 Civil Society Organisations have asked President Muhammadu Buhari to immediately withdraw the nomination of his aide Lauretta Onochie as a Commissioner of the Independent National Electoral Commission (INEC).

The group in a statement in Abuja on Tuesday said that the nomination did not sit well in the recent gains of the electoral system in the country.

The News Agency of Nigeria (NAN) reports that Onochie’s nomination was announced on Tuesday in a letter to the Senate by President Muhummadu Buhari.

Others are the Convener of Say No Campaign, Mr Ezenwa Nwagwu, and the Executive Director Centre for Democracy, Ms Idayat Hassan, among others.

The statement reads: “Whereas it has come to our notice the nomination of Lauretta Onochie by President Muhammadu Buhari as a National Commissioner of INEC, via a letter sent to the Senate leadership for screening and confirmation on Oct. 13.

“We completely reject this nomination, which does not sit well in the recent gains of the electoral system in the country.

“We, therefore, call on the President to withdraw this nomination with immediate effect and in the alternative call on the Senate to act as gatekeepers by not confirming this appointment.

“As civil society actors and veterans in election observation in the country, having contributed to the electoral gains in Nigeria, we condemn this nomination and affirm that this will erode the gains we have made in our electoral reforms.”

“We are, therefore, troubled that Lauretta Onochie, a serving aide of the President who openly supports the President and his political party, has been nominated to the position of National Commissioner, INEC.

“Any INEC National commissioner should enjoy the trust and confidence of all parties concerned (Ruling and Opposition).

“Ms. Onochie failed this critical test with her several open confrontations with opposition elements through the media.

The Peoples Democratic Party (PDP) also called on Buhari to immediately withdraw the nomination of his Special Assistant on Social Media, as a national commissioner in INEC.

According to the PDP National Publicity Secretary, Mr Kola Ologbondiyan in a news conference Onochie is a card-carrying member of the All Progressives Congress (APC).

Ologbondiyan said that the nomination was against the nation’s constitution, democratic process and President’s public promises of leaving a legacy of credible elections.

The party claimed that Onochie is a card-carrying member of the APC from Ward 5 Onicha Olona, Aniocha North Local Government Area of Delta.

It remarked that Onochie’s nomination is in clear violation of paragraph 14 of the 3rd schedule of the 1999 Constitution (as amended).

“This section forbids a person involved in partisan politics to hold office as a member of INEC,” it said.

Such actions according to the party will undermine the nation’s constitution and desecrate the sanctity of Nigeria’s electoral process. (NAN)

10,218 Total Views Lagos, Nigeria – Union Bank of Nigeria is pleased to announce that it has received high ratings in…