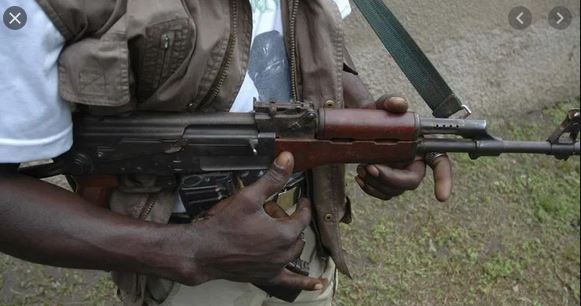 Abductors of the wife and two daughters of a lecturer with the Federal College of Education, Technical (FCET) Gusau in Zamfara State, Abdurrazak Muazu, have demanded N50 million ransom.

A family member who pleaded anonymity told reporters yesterday that the bandits called and informed them that they needed the sum of N100 million but later reduced the amount to N50 million.

Gunmen suspected to be bandits, last Friday, kidnapped the wife and two daughters of a lecturer with the Federal College of Education Technical Gusau in Zamfara State, Abdurrazak Muazu.

The wife, Binta Umar Jabaka, and the two daughters, Maryam Abdurrazak and Hafsat Abdurrazak were kidnapped in their house, in Mareri Village on the outskirts of Gusau Town, the state capital at about 1:00 a.m. on Friday.

FG, traders in fear over the looming strike action

Doctors, Journalist are not restricted by 8pm-6am curfew – IG

2,377 Total Views Shuaib Labaran, the lead counsel to the Nigerian government in the trial of the leader of the Indigenous…

2,539 Total Views The Presidency has said the political elite have become weary of President Muhammadu Buhari’s stay in office because…