Home > slideshow > Hushpuppi, 12 others hunt down in Operation Codenamed “Fox Hunt 2” in Dubai 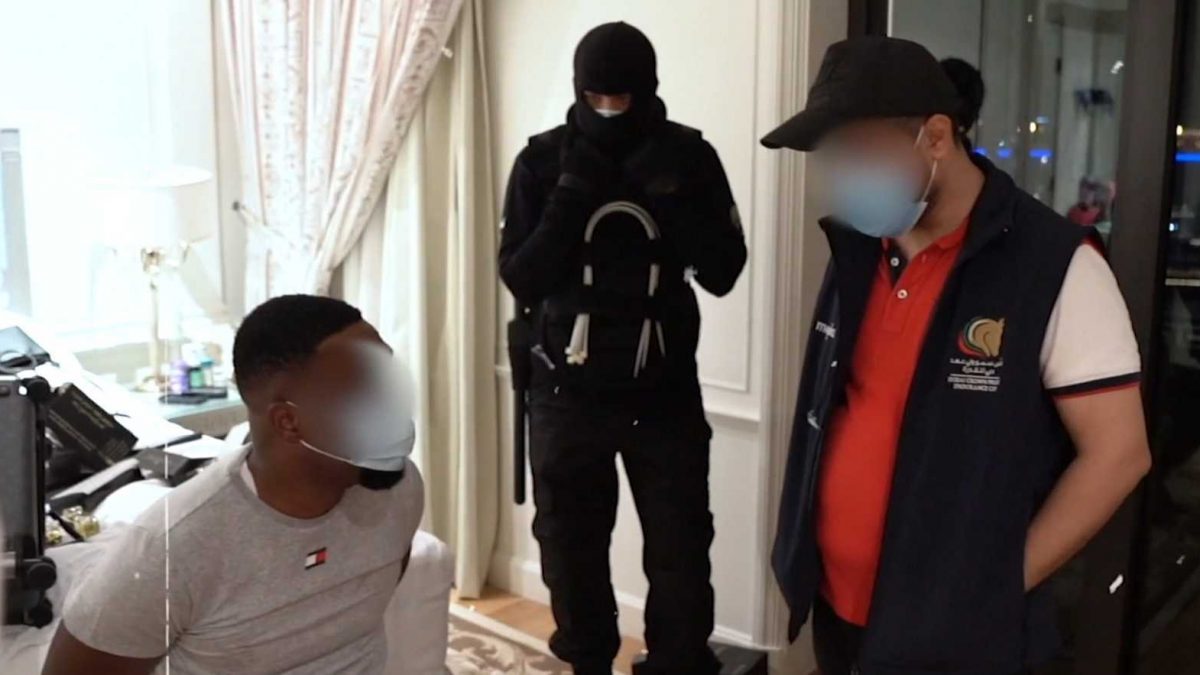 Hushpuppi, the police said, was arrested alongside 12 other members of his gang at different Dubai residences in an operation codenamed “Fox Hunt 2,” after four months of trailing their movements and activities.

According to the information posted on the official Twitter handle of the Dubai Police Force, United Arab Emirates (UAE), the gang defrauded 1,926,400 people across the world by hacking corporate emails, cloning the accounts to divert finances meant for the original companies.

It said valuables estimated at AED150m were recovered from them including 13 luxury cars worth about AED35 million (N3.7billion).

In a short video showing footage of the operation, a narrator said: “Six raids were carried out simultaneously while the suspects were sleeping in their Dubai residences. After months of investigating and hours of monitoring the gang’s social media accounts, a team of highly trained Dubai Police officers were able to confirm the gang’s whereabouts and fraudulent activities.

“The Nigerian Instagram celebrity, who was arrested on multiple fraud charges for crimes committed in different parts of the world, boasted about his wealth and expensive possession on social media, claiming he is a successful businessman.

“Little did Abass know that Dubai E-police were tracking his every move and taking note of all his social media activities.

“Thirteen luxury cars worth 35m Dirhams were bought by Hushpuppi and his gang using the money they stole from their victims,” the police said.

10,117 Total Views Lagos, Nigeria – Union Bank of Nigeria is pleased to announce that it has received high ratings in…