Home > slideshow > Do not expect magic, I can only add value – New Minister of Power 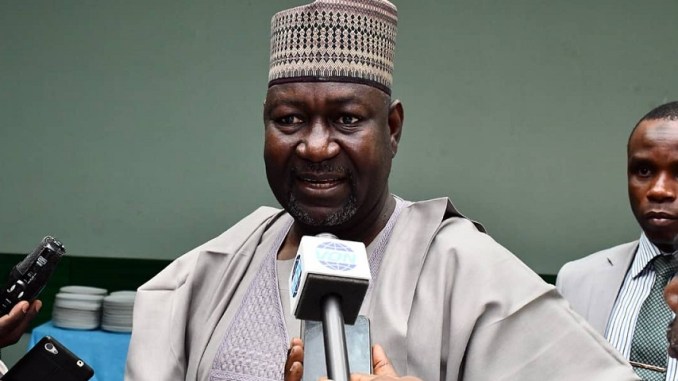 The newly appointed Minister of Power, Abubakar Aliyu on Monday says he was not at the Ministry to perform magic in the sector but to add value.

He stated this while soliciting the support of staff of the ministry, stating that the critical nature of the sector to Nigeria’s development must be considered.

Aliyu spoke when he assumed his new position at the Power Ministry in Abuja.

“Don’t look at me as the Minister of Power that I have come to make magic, no, I am not a magician. I am coming to add value to what you have already been doing. So let us work together in honesty and full commitment,” he said.

He urged members of the Staff to be honest and dedicated to their jobs given the critical nature of the sector to Nigeria’s development.

“I want to urge everyone, from the permanent secretary down the ladder to the cleaners, we should be dedicated, committed to the task at hand. I know you have done a lot. I am here to assist, you are the ones doing the job and will continue to do it.

“I am not an electrical engineer or having anything to do with power in the past but I am an engineer and I know when something is going wrong I will detect it, I will not allow it and I will try my best to make amend, together with you or without you, because that is my mandate, to ensure that we succeed,” he said.

He explained that he was sent to the Ministry with a purpose to “look at everything you are doing as regards to power generation, transmission, and distribution”, stressing that “our work is very key, it touches the lives of all Nigerians, 200 million people, so you know it is an enormous responsibility invested on all of us.

He was redeployed from his former position as Minister of State Works and Housing.

Earlier, Permanent Secretary, Mr William Alor welcomed the Minister and assured him of the support and cooperation of the staff.

Aliyu was accompanied to the ministry by the Minister of Water Resources, Suleiman Adamu.

Ghastly Accident Caused by Tanker Claim Live of Many in Lagos

1,373 Total Views THE University of Abuja Teaching Hospital (UATH) has vindicated itself of alleged complicity in the death of a…