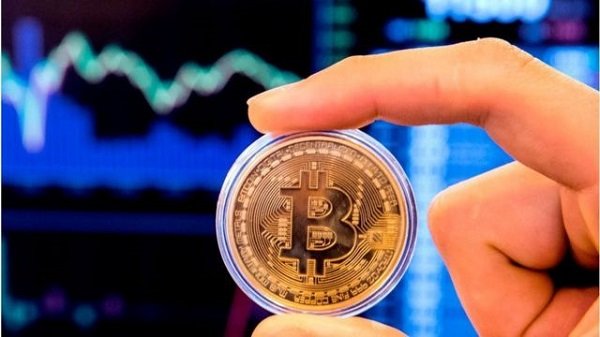 Bitcoin’s price has crashed yet again, wiping hundreds of millions of pounds from cryptocurrency markets and sending traders into a huge panic. The world’s most popular cryptocurrency plummeted below $59,000 following the “flash crash”.

This is a huge drop of more than $5,000 from the levels it was trading at just a few days ago. It comes a week after the cryptocurrency hit a record-high price of $67,000.

Bitcoin’s price drop has also had a damaging impact on a number of other cryptocurrencies, including Ethereum, Binance Coin, Cardano, Solana and Ripple which have also seen their value fall.

The price of Ethereum has slumped nearly six percent to under $4 over the past 24 hours, according to the latest data from CoinDesk.

Cardano’s value has plummeted almost nine percent in the same period to less than $2, while Solana has fallen 8.05 percent to $190.

Wednesday’s crash is in part driven by long-term Bitcoin holders selling at a high price in order to make a significant profit.

This is something that frequently happens when there has been a spike in the price of cryptocurrencies.

But this latest drop in value will also likely persuade a wave of new buyers to invest in Bitcoin, temped by the sudden dip in price.

According to analysts, the drop was long expected and the price could soon jump beyond $60,000 again before too long.

Cryptocurrency prices have surged this year, with Bitcoin alone jumping almost 400 percent in value over the past 12 months.

Akeredolu maintain position, says no going back on open grazing

IPOB okays APC and other political parties rally in South-East

3,391 Total Views Netflix will begin blocking subscribers from sharing their account passwords with people outside of their household in the…