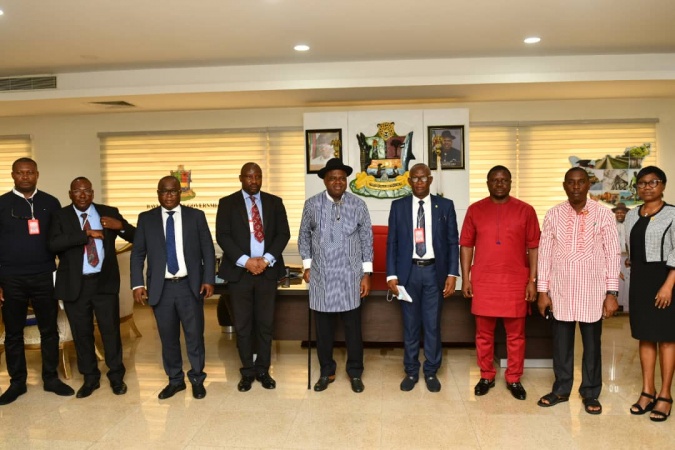 Bayelsa State Government has enacted a law prohibiting open grazing of livestock in the state. Governor Douye Diri assented to the Livestock Breeding, Rearing and Marketing Regulation Law 2021 on Wednesday at the Executive Chamber of Government House in Yenagoa.

He said the essence of the law is to ensure harmonious living between cattle dealers and other inhabitants of the state and to forestall the violent clashes being experienced in other parts of the country.

His words: “Bayelsa State welcomes all and sundry to eke out a living legitimately. The people of Bayelsa want to have a mutual and harmonious relationship with non-natives and natives. The essence of the law is to avert and forestall any clash between herdsmen, farmers, natives and non-natives as experienced in some states.”

The law, according to him, stipulates that any herdsman found with arms, whether licensed or not, should be arrested.

He also stated that the law establishes a livestock management committee to regulate livestock activities in the state.

Members of the committee include the Commissioner for Agriculture, security agencies, youths and others.

He further said: “From the commencement of the law, no person shall breed, rear or trade-in livestock in the state in any other place as may be designated by the committee and approved by the state government.”

The law prohibits the movement of cattle on foot from other parts of the country into the state, inspection of livestock, and certification by veterinary doctors at entry points into the state among others.

Diri said by assenting to the law, any person found engaging in open grazing of livestock on foot commits an offence and would be arrested and prosecuted with the livestock impounded.

The governor also signed into law the Violence Against Persons Prohibition (VAPP) Law 2021.

He explained that the law was to prevent certain harmful practices against women and children.

He said with its enactment, Bayelsa has domesticated the federal law, which had been in existence.

In his remarks, Speaker of the Bayelsa House of Assembly, Rt Hon Abraham Ingobere, while presenting the bills for the governor’s assent, said the livestock regulation bill was to prevent clashes between herdsmen and farmers.

4,388 Total Views Netflix will begin blocking subscribers from sharing their account passwords with people outside of their household in the…