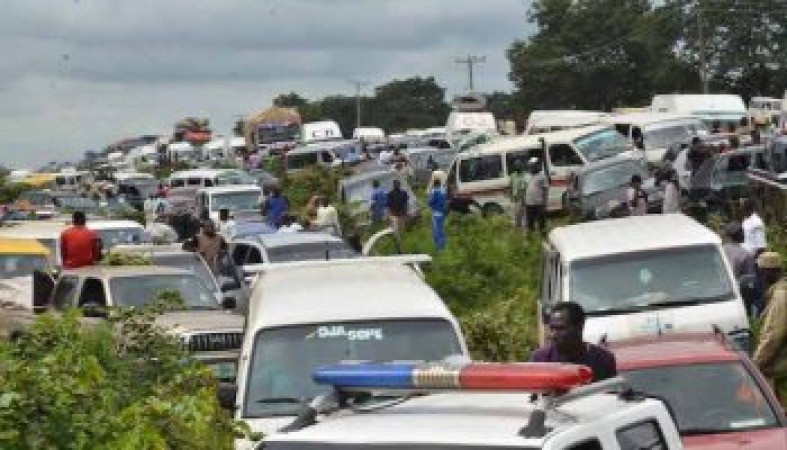 Drivers of petroleum tankers and other articulated vehicles on Wednesday blocked the Benin-Ore highway, at Ofosu, over the killing of two drivers by suspected Fulani herdsmen on Tuesday night.

Ofosu is the boundary community between Edo and Ondo states.

The hoodlums were said to have also made away with an undisclosed amount of money stolen from their victims.

The angry drivers, who blocked the ever-busy highway at the military checkpoint, refused all plea made to them by other motorists, to vacate the road.

A driver, who delivers newspapers to Edo State, lamented that he was stuck in the traffic since early Wednesday morning, saying business has been disrupted by the blockade.

“It is a terrible experience getting stuck on the road. The protesting drivers said two of their colleagues were robbed and killed by suspected herdsmen. We are all stuck here and our businesses have been disrupted,” he said.

It was also gathered that the security operatives at the checkpoint have abandoned their posts due to the chaotic atmosphere, while the angry drivers are insisting that Governor Godwin Obaseki of Edo State must come to address them before they will open up the road for use.

#EndSARS Protest: US Consulate in Lagos shutdown over unrest in the state

1,864 Total Views THE University of Abuja Teaching Hospital (UATH) has vindicated itself of alleged complicity in the death of a…

1,153 Total Views Banyana Banyana of South Africa on Tuesday emerged champions of the maiden edition of the Aisha Buhari Invitational…