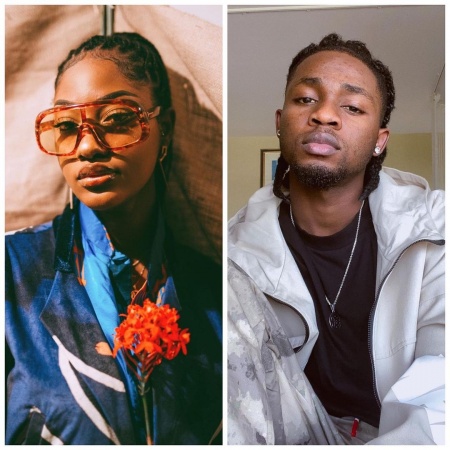 The Federal Government has announced the release of musician, Stanley Omah Didia, also known by his stage name, Omah Lay, from detention in Uganda.

This was even as the Government of Uganda, apologised to the Federal Government over the arrest of the entertainers.

The Minister of Foreign Affairs, Geoffrey Onyeama, disclosed the release of Omah Lay on his Twitter handle, @GeoffreyOnyeama.

Released alongside the musician after almost three days in detention was another musician, Openiyi Temilade, otherwise known as Tems and her manager, Muyiwa Awoniyi.

Recall that the upcoming stars were arrested by Ugandan authorities on Monday for performing at a show which violated COVID-19 regulations in the country.

Following the development, Onyeama had said the Nigerian Government was engaging the Ugandan authorities at the highest level.

Disclosing the release, Onyeama said: “Earlier today, the Ugandan Minister of Foreign Affairs, Sam Kutesa, got back to me to inform with deep apologies on behalf of the Government of Uganda, the release of @Omah_Lay, @temsbaby and @IAmDonawon.”

The Nigerian High Commission in Uganda, while commenting on the incidence, said: “Our arbitrarily arrested and illegally detained of innocent young compatriots was unlawful, they were released and discharged without condition and with an apology from the IGP of Uganda.”

Earlier, a chief magistrate court in Uganda, in a release order dated December 15, 2020, and signed by Okumu Jude Muwone, said: “Whereas the accused persons as Muyiwa Awoniyi and as Stanley Omah Didia, were charged with the offence of neglect act likely to spread of infectious disease Section 171 of Penal Code Act.

“The charges against the accused as Stanley Omah Didia and as Muyiwa Awoniyi, have been withdrawn against them vide withdrawal form serial No 4292 dated 15th December 2020.

“This is to direct you to release as Muyiwa Awoniyi and as Stanley Omah Didia, the said accused persons from your custody forthwith unless held on other charges.”

CBN promises to give more loan facilities to youth

5,943 Total Views Crisis continue to rock the PDP camp in Osun. A fresh spirited effort to resolve the crisis rocking…

7,622 Total Views The National Chairman of the All-Progressives Congress (APC), Adamu Abdullahi has withdrawn from a suit filed against the…