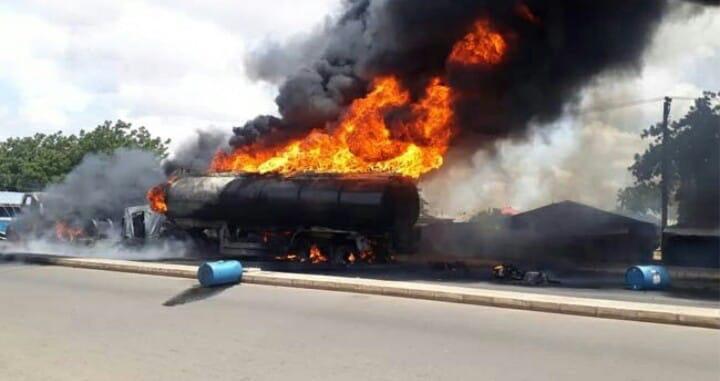 Benue State top news headline this morning over yet another sad occurrence. Over the weekend at least 12 persons were confirmed dead in a tanker explosion that occurred at Oshigbudu village in Agatu Local Government Area of Benue State.

A petrol tanker fell at the Oshigbudu-Obagaji junction and spilt its contents after the driver lost control.

He said about 50 houses were destroyed going by the information he got from the local government chairman.

He said a detailed assessment would be carried out today when he visits the scene of the explosion.

Frustration- As Arik Fails To Lift Passengers From Kaduna Airport for days.

Bandit stage another kidnap in Katsina

3,177 Total Views This was revealed in a post on social media by UK in Nigeria on Wednesday. Nigerians were urged…

1,908 Total Views The Olu of Agodo in Ewekoro Local Government Area of Ogun State, Oba Joseph Ayinde Odetola, has been…