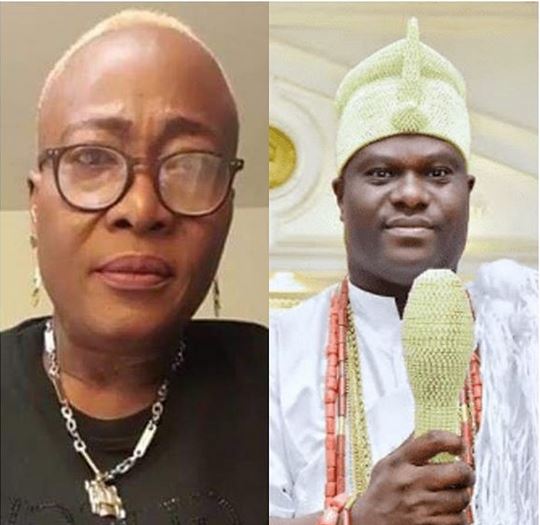 An Irish court has ordered Nigerian born blogger based in Ireland, Esther Esabod Aboderin to take down all defamatory posts on social media on Ooni of Ife, His Imperial Majesty, Oba Adeyeye Enitan Ogunwusi, Ojaja II with immediate effect.

According to Journal.ie, Ooni has dragged the Ireland-based blogger, Esther Esabod Aboderin to a High Court in Dublin, Ireland claiming that he has been defamed in a series of contents she posted on social media.

The monarch, Oba Adeyeye Enitan Ogunwusi, known as Ojaja II who is the traditional ruler and spiritual leader of the Yoruba people, claims that he has been defamed in video clips and other posts, that have appeared on Facebook and YouTube, by Esther Esabod Aboderin.

He claims that in the postscript he has been wrongly, and maliciously accused of committing serious offences by the defendant. None of the accusations are true, he claims.

The defendant, with an address in Leixlip in Co Kildare but originally from Nigeria, who told the court her blog has 30 million followers, denies the comments are defamatory.

Viral Video: Police Inspector and Corporal dismissed for brutal flogging of a housewife

Man-United willing to pay up €140m for Osimhen – Ronaldo Agent

12,817 Total Views Lagos, Nigeria – Union Bank of Nigeria is pleased to announce that it has received high ratings in…