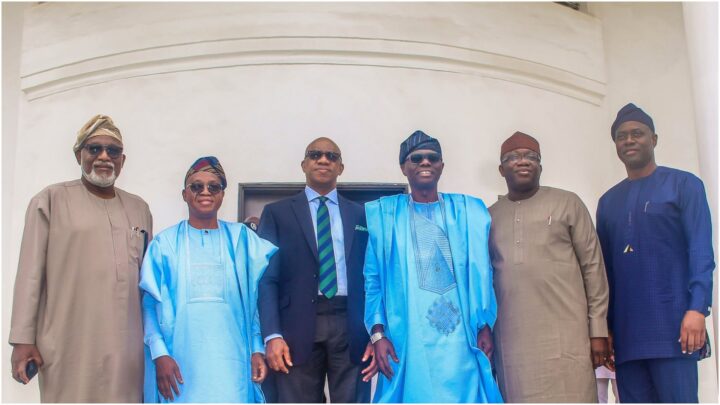 Governors of Southwest states are reorganizing the security arrangement to stave off another terrorist attack.

This follows the June 5 attack on St. Francis Catholic Church, Owo, Ondo State by those described by the Federal Government as aided by the Islamic State of West Africa Province (ISWAP).

Forty people were killed and 61 others were injured in the attack. After a virtual meeting at the weekend, governors of Lagos, Ogun, Oyo, Osun, Ekiti and Ondo states resolved to hold a physical meeting on a new plan to secure the Southwest from such invasion and killings.

The meeting resolved to tackle terrorism vigorously to prevent a repeat of the Owo killings.

They also directed the regional security outfit, Amotekun, to contain the influx of Okada riders into the six states.

At the weekend, Nobel laureate Prof. Wole Soyinka, described the Owo attack as a clear message to the region to gird its loins.

The governors, who declared a three-day mourning period to symbolize their collective concern, directed those flags should fly at half-mast in all public buildings, facilities and official residences in Southwest in honor of victims of Owo attack. The mourning period starts today.

In a communique after the virtual meeting, the governors recommended increased surveillance on the activities of those they termed undocumented settlers by relevant security agencies in the region.

They also resolved to continue to assist the security agencies in the areas of crisis management and intelligence gathering.

The communique reads: “The governors reviewed reports from various states on the factors militating against peace and security in the region.

“They expressed grave concern on the influx of Okada riders into all parts of the Southwest, especially the state capitals.

“The meeting further resolved those efforts be geared toward identity management of Okada riders and stringent regulation put in place for their operation.

“Consequently, the Forum decided it was time to reconvene the Southwest Security Committee to look critically into this creeping menace before it blossoms into another intractable social problem.

“The committee will be expected to submit its findings on the desirability of Okada operations in the region.

“It is also expected to submit a multi-level template to combat the threat of insurgency and terrorism in the region.

“The Forum agreed to convene forthwith a physical meeting of the Southwest governors to deliberate on the security challenges confronting the region.”

Coronavirus: Ooni of Ife shuts down palace for the first time in history

4,241 Total Views Netflix will begin blocking subscribers from sharing their account passwords with people outside of their household in the…