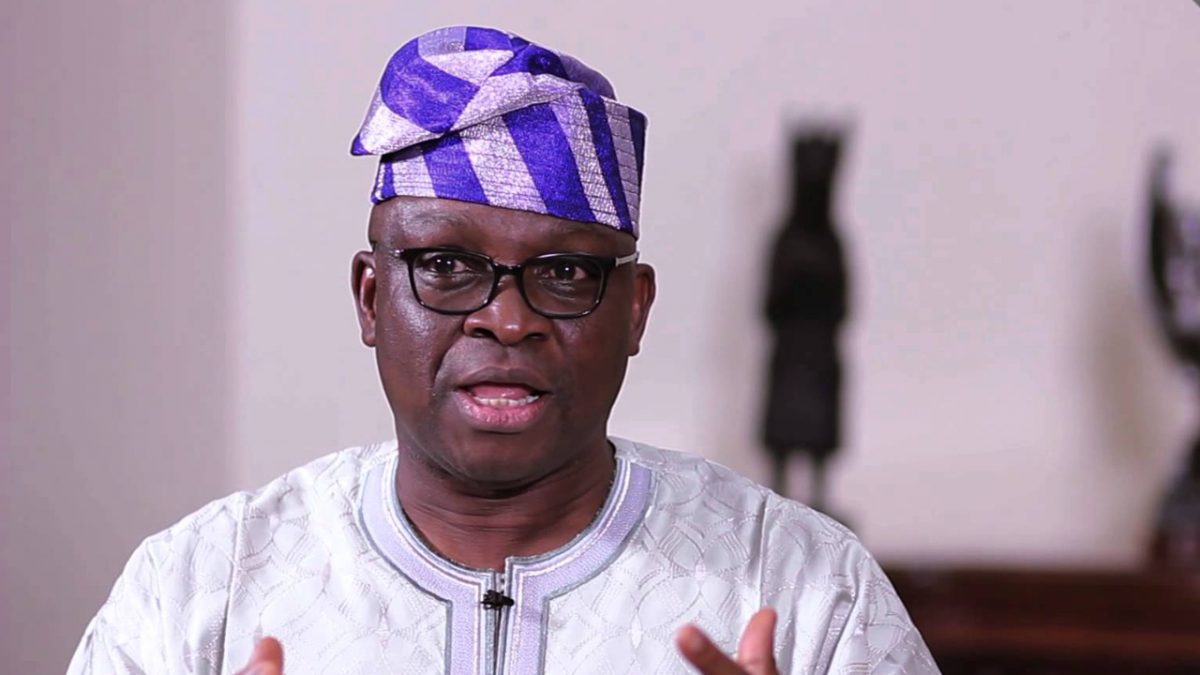 Former Governor of Ekiti State, Ayo Fayose, has said that the election of the South-west zonal congress of the People’s Democratic Party (PDP) was rigged.

Speaking on a Channels Television program on Wednesday, Fayose said, “I am not satisfied with all that happened. But I want peace and nothing but peace for the Southwest.

“I conceded because the PDP is the bigger picture. Conceding is exhibiting leadership.

“I am glad because that is a show of strength.”

After mentioning the calibre of persons namely one sitting governor, two former governors and seven former deputy governors supporting Taofeek Arapaja, who contested against his preferred candidate, Eddy Olafeso, ex-governor Fayose remarked that “The world can see a one-man army.”

When asked, “would you say that the election was rigged?” Fayose responded, “very clearly.”

Recall that Monday’s contest for the chairmanship of the Peoples Democratic Party (PDP) in the South-West saw Ambassador Taofeek Arapaja emerging as the winner with 343 votes.

His co-contester, Dr Eddy Olafeso, polled 330 votes. A total of 684 accredited votes had 10 voided, with 674 votes cast at the WOCDIF Event Centre, Osogbo, Osun State, venue of the zonal congress.

Serena force to ends tennis career with back injury

4,305 Total Views Netflix will begin blocking subscribers from sharing their account passwords with people outside of their household in the…