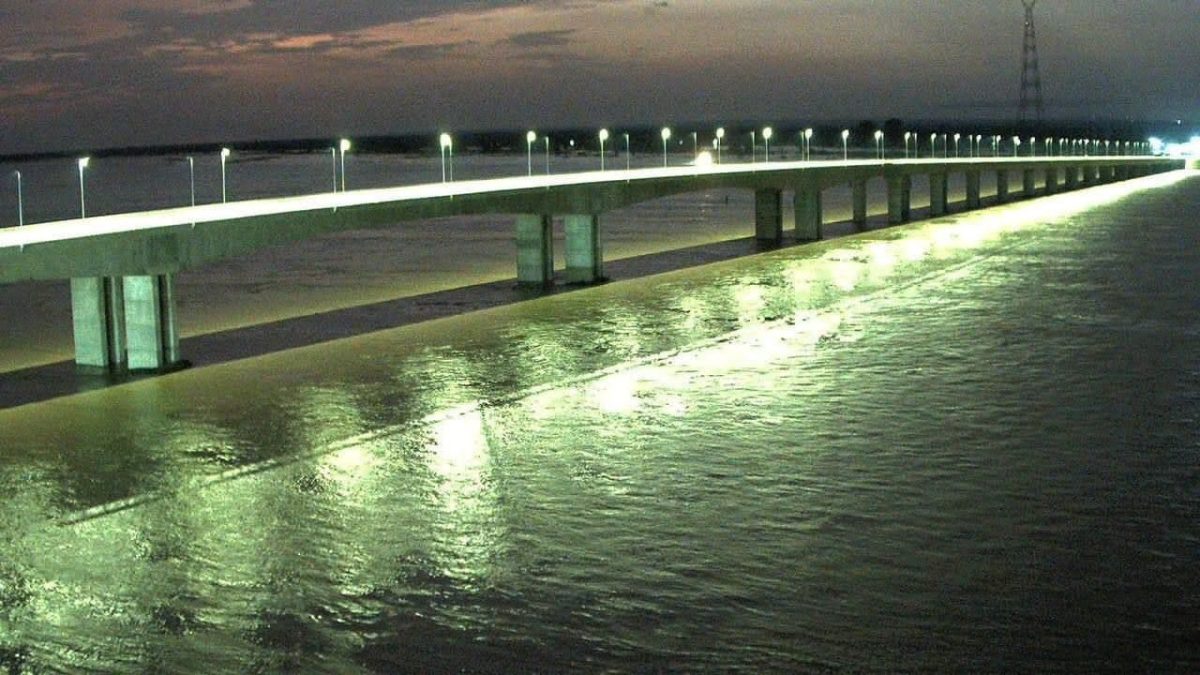 President Muhammadu Buhari has ordered the opening of the Second Niger Bridge for use by midnight on Thursday.

He counselled road users plying the bridge to drive safely and responsibly in order not to defeat the purpose of constructing the project.

Buhari stated this on Wednesday while commissioning the bridge for use for one month during the yuletide.

Speaking through the Minister of Works, Babatunde Fashola (SAN), the president said the purpose of doing the bridge was to save lives and alleviate poverty occasioned by waste of man-hours resulting from gridlock on the first bridge.

He said it would be counterproductive if the users would become reckless and attract unnecessary mishaps upon themselves.

The president approved that since the bridge is finished that we should create an access road so that during Christmas you can begin to experience what it would feel like plying the bridge.

“Let me be clear again; we haven’t finished construction work on the bridge but we would open it for people to use to relieve the pressure from the first bridge. On the 15th January, we would reverse that movement for those coming from the east to the west.

Fashola said part of money used in constructing the bridge was looted funds recovered mostly from the United States of America.

4,473 Total Views Some angry youths in Kano State, on Monday, hauled stones at the advance convoy of the President, Major…

3,897 Total Views The President Muhammadu Buhari and the House of Representatives are on collision course over the deadline for the withdrawal of…