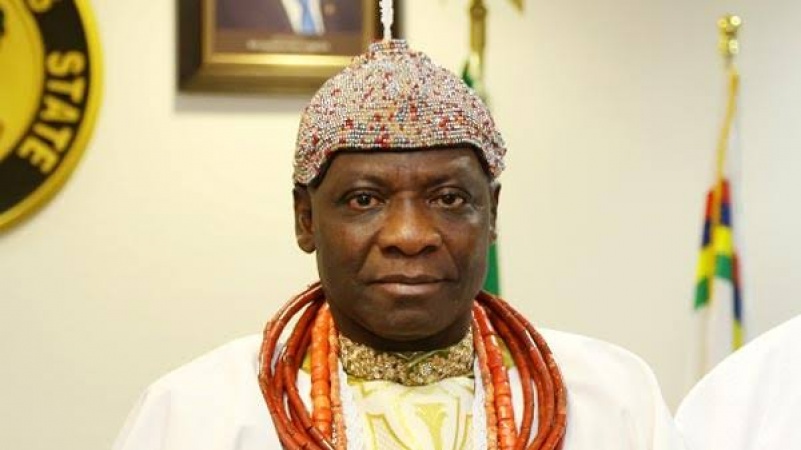 A report last night by The Nation said the monarch died earlier in the day (Monday, December 21, 2020).

It quoted sources as saying that his health had deteriorated on Sunday evening, leading to anxiety among the subjects of the supreme monarch of Itsekiris of Delta State.

“Chiefs, community leaders and place staff declined to comment over the condition of the Olu, saying they were not authorized to speak,” another report said.

“He was crowned Ogiame Ikenwoli on the 12th of December 2015 at Ode-Itsekiri, the ancestral home of the Itsekiri people in a ceremony which was witnessed by many dignitaries in Nigeria such as the Secretary to the Federal Government David Babachir Lawal, the Delta State Governor Senator Ifeanyi Okowa, Emmanuel Uduaghan (former Governor Delta State), and Bola Ahmed Tinubu, the national leader of the All Progressives Congress (APC).

“He is the present Olu of Warri and is married to Olori Mary Emiko. They have three children. The Olu of Warri died on 21st December 2020 from Covid-19 complications.”

I didn’t end up getting kicked out of Harvard, I did that to myself- Mark Zuckerberg

4,280 Total Views The National Chairman of the All-Progressives Congress (APC), Adamu Abdullahi has withdrawn from a suit filed against the…

3,379 Total Views Romelu Lukaku has returned to Inter Milan on a season-long loan, just a year after leaving for Chelsea….