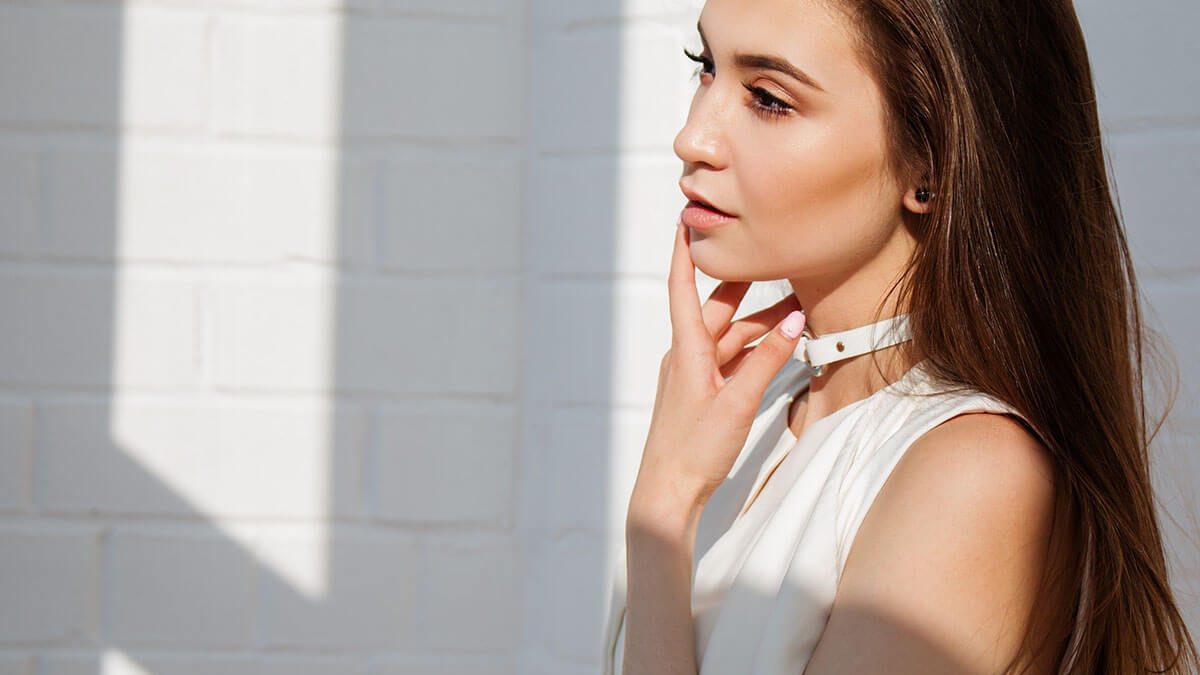 A Lagos high court in Lagos State, South West, Nigeria, has dismissed an application filed before the court by Nigeria Bottling Company Plc seeking the order of the court staying execution of its judgement ordering National Agency for food and drug Administration and control (NAFDAC) to forthwith mandate the Nigeria Bottling Company to include on all bottles of Fanta and Sprite soft drinks manufactured by the company a written warning that the content in such bottles of Fanta and Sprite of such drinks cannot be taken with Vitamin C as same becomes poisonous if taken with Vitamin C.

However, the court ordered conditional stay of execution of N2million cost awarded against NAFDAC, but ordered the agency to pay the money into an interest yielding account in the name of the Chief registrar of the court pending the hearing and the determination of the appeal filed by NAFDAC.

The ruling of the Presiding Judge,Justice Adedayo Oyebanji was sequel to an application filed and argued before the court by a Lagos lawyer T.A. Busari SAN on behalf of Nigeria Bottling Company, urging the court to stay the execution of the judgement of the court on the ground that, the order made by the court will adversely affect the operation of the company if the execution of same is not stayed pending the outcome of the appeal filed by the company,as it was perceived that the order made by the court was prejudicial to its business, policy and reputation as a foremost beverage company.

However, in opposition, Barrister Abiodun Onidare, who is the counsel to the claimants Dr Emmanuel FIJABI Adebo and his company Fijabi Adebo Holding, argued that the paramount interest of the public was what mattered most and not the business policy and reputation of the Nigeria Bottling Company, Mr Onidare further argued that the application for stay must fail because the defendant has failed to put before the court, materials which will necessitate the grant of same .

In her ruling justice Oyebanji said,”It seems to the court evidence that in the event of a refusal of the application for stay of execution, if the business interest of the Nigeria Bottling company is consequently adversely affected, a return to status quo can be achieved if Nigeria bottling company’s appeal at the court of appeal succeeds. It is beyond argument that if the application for stay is granted and human health is consequently adversely affected, it is most unlikely that there can indeed be a return to status quo.

It is imperative to add the resultant effect of the order sought to be stayed is the preservation of human life, the business interest of Nigeria bottling company cannot in my respected view take precedent over public health. The importance of public health is clearly demonstrated and under scored by the constitutional provision in section 45 thereof.

Upon a consideration of the fact that the kernel of the complaint of NAFDAC as contained in its notice of appeal is premised on an alleged lack of jurisdiction of the court to adjudicate upon this case in relation to NAFDAC the court has come to the conclusion that in the circumstances of this case it is expedient to grant a conditional stay.

Accordingly, a conditional stay of execution of the judgement is hereby granted in relation to the N2million cost awarded in favour of the claimants against NAFDAC. The N2million costs shall be paid into an interest yielding account in the name of the Chief Register of the high court of Lagos state pending the hearing and determination of the appeal filed by the learned silk to NAFDAC .

It will be recalled that in a judgement delivered by justice Adedayo Oyebanji (Mrs) on the 15th February 2017,the court ordered National Agency For Food and Drug Administration and control (NAFDAC) to forthwith mandate Nigeria Bottling Company PLC to include on all bottles of Fanta and Sprite soft drinks manufactured by the company a written warning that the content of the said bottles of Fanta and Sprite soft drinks cannot be taken with Vitamin C as same becomes poisonous if taken with vitamin C.

The court also declared that NAFDAC has failed the citizens of this great nation by its certification as satisfactory for human consumption, products in which in the United Kingdom failed sample test for human consumption and which become poisonous in the presence of Ascorbic Acid ordinarily known as Vitamin C,which can be freely taken by the unsuspecting public with the Fanta and Sprite.

The court also awarded a cost of N2million against NAFDAC.

The judgement of the court was as a result of a suit filed by a Lagos businessman Dr Emmanuel Fijabi Adebo and his company Fijabi Adebo holdings Limited against Nigeria Bottling company Plc and National Agency for Food and Drug Administration and Control Control (NAFDAC) urging the court to declare that Nigeria Bottling company was negligent and breached the duty of care owed to their valued customers and consumers in the production of contaminated Fanta and Sprite soft drinks with excessive “benzoic acid and sunset ” addictive.

Dr. Fijabi also urged the court to direct NAFDAC to conduct and carry out routine Laboratory tests of all the soft drinks and allied products of the company to ensure and guarantee the safety of the consumable products, produced from the Nigeria Bottling company factory.

In the amended statement of claim filed before the court by a Lagos lawyer Barrister Abiodun Onidare, on behalf of the claimants, it was alleged that sometimes in March, 2007 Fijabi Adebo holdings company purchased from Nigeria bottling company large quantities of Coca-Cola, Fanta Orange, Sprite, Fanta Lemon, Fanta Pineapple and soda water for export to the United Kingdom for retail purposes and supply to their customers in United Kingdom.

When the consignment of the soft drinks arrived in United Kingdom, fundamental health related matters were raised on the contents and composition of the Fanta and Sprite products by the United Kingdom Health Authorities, specifically the Stockport Metropolitan Borough Council’s Trading Standard Department of Environment and Economy Directorate.

The findings of the said United Kingdom were also corroborated by the Coca-Cola European Union and product were found to have excessive levels of “Sunset Yellow and Benzoic Acid “which are unsafe for human consumption.

Due to the irregularities and harmful content of the soft drinks which can cause cancer to the consumer, the claimants could not sell the Fanta and Sprite products resulting in appreciable losses, as they were certified unsuitable for consumption and were seized and destroyed by the United Kingdom health authorities.

The claimants alleged further that NAFDAC failed to carry out necessary tests to determine if the soft drinks were safe for human consumption.

The claimants averred that as a registered Exporter with the Nigerian Export Promotion council, they could lawfully export the products of Nigeria bottling company to any part of the world , in fact Nigeria bottling company was aware that their products they purchased were meant for export.
Consequently, apart from other reliefs,the Claimants were demanding for the sum of N15,119,619.37 as special damages and N1,622,000 being the money admitted received from the claimants.

However, Nigeria bottling company in its amended statement of defense filed before the court by Mr. T. O.Busari SAN admitted, supplying the products but contended that the product manufactured by the company are meant for local distribution and consumption as the company does not manufacture its products for export, as Coca-Cola brand of soft drinks is manufactured and bottled by various Coca-Cola franchise holders in most countries of the world, including the United Kingdom.

The company denied that it was negligent in the manufacturing of its products as alleged as stringent quality control procedures were adopted in its production process to ensure that its products are safe for consumption of the final user.

Nigeria bottling Company contended that the Claimants claims are speculative, frivolous and vexatious and should be dismissed with substantial cost

NAFDAC did not filed any defense.

In proving his case Dr Fijabi Adebo testified for himself while being led in evidence by Mr Abiodun Onidare and tendered 12 exhibits, while the sales Operation manager Micheal Nwosu China and the head of Central Laboratory Abiodun Adeola Falana both of Nigeria bottling company testified on behalf of the company and also tendered 12 exhibits.

In her judgement, justice Oyebanji said “It is imperative to state that the knowledge of the Nigeria bottling company that the products were to be exported is immaterial to its being fit for human consumption. The court is in absolute agreement with the learned counsel for the claimants that soft drinks manufactured by Nigeria bottling company ought to be fit for human consumption irrespective of color or creed.

It is manifest that NAFDAC has been grossly irresponsible in its regulatory duties to the consumers of Fanta and Sprite manufactured by Nigeria bottling company. in my respective view, NAFDAC has failed the citizens of this great nation by its certification as satisfactory for human consumption,products which in the United Kingdom failed sample test for human consumption and which become poisonous in the presence of Ascorbic Acid ordinarily known as Vitamin C, which can be freely taken by the unsuspecting public with the company’s Fanta or Sprite.

As earlier stated, the court is in absolute agreement with the learned counsel for the Claimants that consumable products ought to be fit for human consumption irrespective of race, colour or creed.
By its certification as satisfactory, Fanta and Sprite products manufactured by Nigeria bottling company without any written warning on the products that it cannot be taken with Vitamin C, NAFDAC would have by its grossly irresponsible and unacceptable action caused great harm to the health of unsuspecting public, the court in the light of the damming evidence before it showing that NAFDAC has failed to live up to expectation,cannot close its eyes to the grievous implication of allowing the status quo to continue as it is.

For the reasons herein adumbrated in this judgement, the court hereby orders as follows :

In consideration of the fact that this case was filed in 2008 and that it has been in court for 9 years ,costs of N2million is awarded against NAFDAC. Interest shall be paid on the costs awarded at the rate of 10% per annum until liquidation of the said sum.

Adeleke to be arraigned in Abuja court today

If Voted into power again, PDP will continue from where they stop- Rotimi Ameachi

7,921 Total Views Sonnie Bassey, the man who lost his wife in a fatal accident while she was chasing him and…