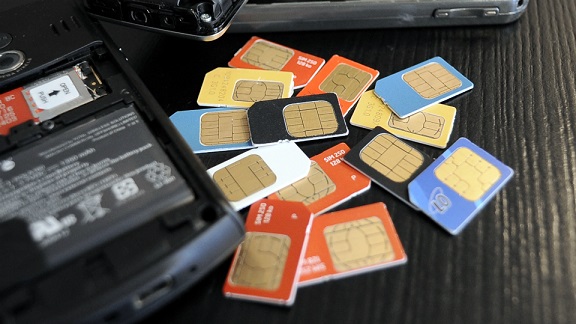 This follows the two-week ultimatum handed subscribers and operators by the Ministry of Communications and Digital Economy.

Globacom said:  “All our esteemed customers can now link their National Identification Number (NIN) to their mobile numbers by simply sending ‘UPDATENIN NIN FirstName and LastName’ to 109. For example, send ‘UPDATENIN 12345678903 Chidera Abdul-Ola’ to 109.”

Customers can dial *346# to retrieve their NIN if they have already registered with the National Identity Management Commission (NIMC).

It noted that it was rolling out this measure to make it easy for its subscribers to comply with the directive.

It advised customers without a NIN to visit a NIN enrolment centre to get one.

The Federal Government had licensed 173 centres and 30 state governments/public sector institutions to conduct the enrolment across the country.

Glo subscribers with additional enquiries are encouraged to contact any of its customer contact channels or to visit https://www.gloworld.com/ng/nin  for further support.

Another network, 9mobile also announced the launch of its intelligent portal for instant verification to help its customers to link their SIM cards with their NIN.  The Online Self-Service NIN update portal www.9mobile.com.ng/nin, which has already gone live on the 9mobile website, enables subscribers to verify and update their NINs instantly.

The platform provides 9mobile subscribers an opportunity to submit and verify their NIN without physically visiting any of its Experience Centers.

Apart from the portal, 9mobile has also made available a USSD option *200*8# that allows subscribers to check the matching status of their NIN to their SIM and subsequently submit it for backend verification and mapping.

MTN had earlier advised its customers to visit https://t.co/2T3Nc2rV0l to submit their NIN or dial *785# or visit myMTNApp.

“If you don’t have a NIN, please visit an enrolment centre and urge your family, friends and everyone you know to do the same. If you have registered for a NIN and wish to retrieve it, please dial *346# using the number registered at enrolment, “ its Chief Customer Relations Officer,  Ugonwa Nwoye, said.

Airtel had also unveiled its shortcode of *121*1# which it said will facilitate seamless link of NIN with SIMs on its network.

Adetifa step-in as NCDC DG after Chikwe appointment with WHO

4,613 Total Views A fresh crisis has engulfed the National Association of Nigerian Students (NANS) as top officials of the students’…

4,176 Total Views The crisis rocking the All-Progressives Congress (APC) in Ogun State got messier at the weekend as the state…