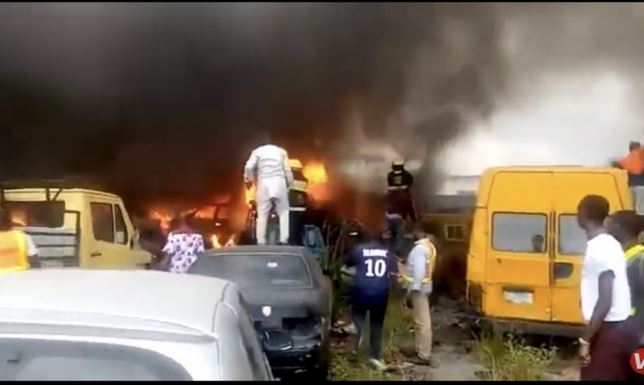 No less than ten vehicles and a trailer were razed Friday, in Lagos during a fire outbreak which occurred within the yard of Lagos State Traffic Management Agency, LASTMA, in Oshodi, Lagos.

The vehicles were among several vehicles which were impounded by the Agency and kept within the yards.

According to LASEMA, the fire was put out by first responders from the state’s emergency agencies.

Chairman of Owu Obas council: Surrender to DSS in peace

2,493 Total Views Labour Party presidential candidate, Peter Obi has cautioned his supporters and loyalists against being toxic, urging them to…