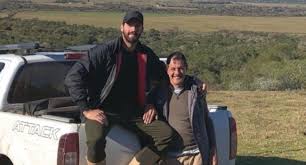 The father of Liverpool goalkeeper Alisson has died after drowning in a lake near his holiday home in southern Brazil on Wednesday, according to local police.

Jose Becker, 57, had been swimming at a dam on his property when the accident happened on Wednesday afternoon, Doroteo Machado Filho, a police inspector in the town of Lavras do Sul, told Reuters. No foul play was suspected.

Brazilian club Internacional, who both Alisson and his brother Muriel played for, tweeted their condolences.

“It is with great sadness that we received the news of Jose Agostinho Becker’s death, the father of our ex-goalkeepers Alisson and Muriel,” the club said.

Against all odds, Ambode wins polling unit for Sanwo-Olu

4,561 Total Views Some angry youths in Kano State, on Monday, hauled stones at the advance convoy of the President, Major…

3,985 Total Views The President Muhammadu Buhari and the House of Representatives are on collision course over the deadline for the withdrawal of…