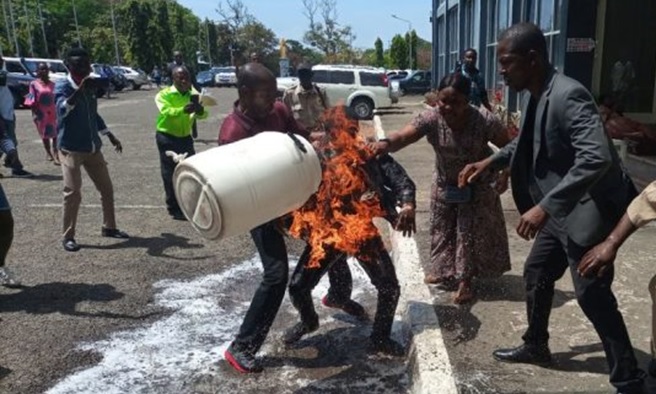 A Liberian government worker immolated himself in the capital Monrovia on Monday, two witnesses and local media said, in an apparent protest over an unpaid salary.

Leroy Ponpon – who works at Liberia’s Temple of Justice, which houses the Supreme Court – set himself on fire outside his workplace after weeks of protesting at delayed pay, one of his colleagues told AFP.

“Since last year, October, we have not received salary from the office. So we are talking about one year,” said Ponpon’s colleague, who declined to be named.

The colleague added that protests began in September and that Ponpon was part of a group of about 30 employees who staged a sit-in, all of whom were subsequently suspended.

Amadou Seedebe, 34, a bystander who also witnessed the immolation, said that Ponpon had been taken to hospital but that his condition was serious. Local press also reported that he is currently receiving treatment.

2,798 Total Views Labour Party presidential candidate, Peter Obi has cautioned his supporters and loyalists against being toxic, urging them to…