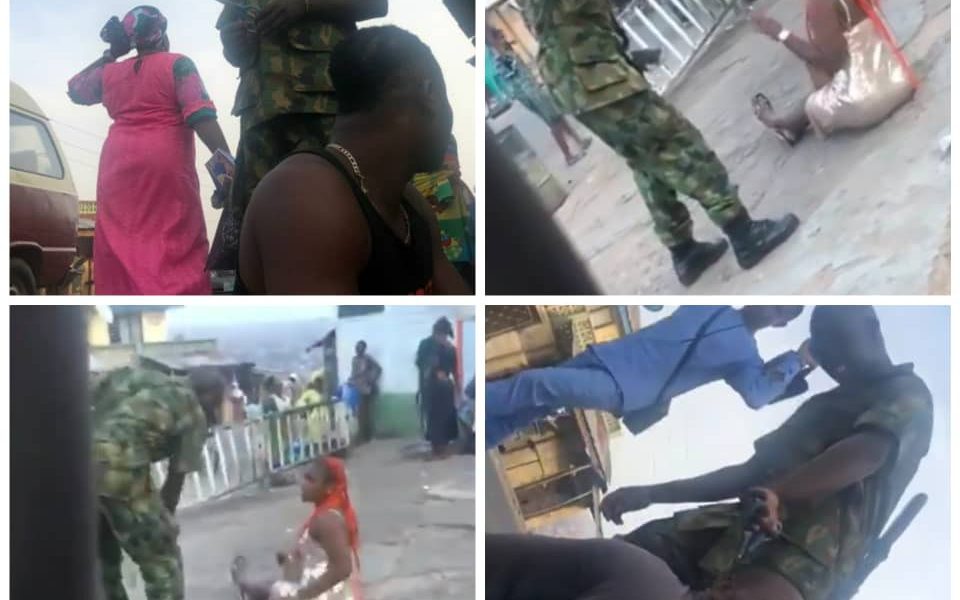 Some soldiers attached to the Oyo State joint security outfit codenamed Operation Burst has just been detained for allegedly assaulting a lady at Beere area of Ibadan, the Oyo State capital, over the weekend.

Operation Burst Commander, Captain Usolo, disclosed this on Monday. It was gathered that the lady in question was beaten by some soldiers in the security team over allegations of ‘indecent dressing.’

The video of the assault, which went viral over the weekend, shows the soldiers beating the lady with horsewhips in the presence of residents of the area.

Residents of Beere community have accused the soldiers of assaulting some of them on flimsy excuses in recent times.

While answering questions on a popular radio programme, FRESH FM Situation Room, on Monday, Usolo apologised to the families of those assaulted in the course of their operation.

The Commissioner for Youths and Sports in the state, Mr Seun Fakorede, also said on the programme: “My ears are full with news of the unlawful activities of some soldiers of the Nigerian Army, over the weekend. ”I reached out to the Commandant of the Operation Burst and I have been assured that the men involved in this distasteful operation have been arrested and taken to the barracks. They will be dealt with accordingly.”

4,177 Total Views There were indications at the weekend that Rivers State Governor, Nyesom Wike, and his supporters have returned to…