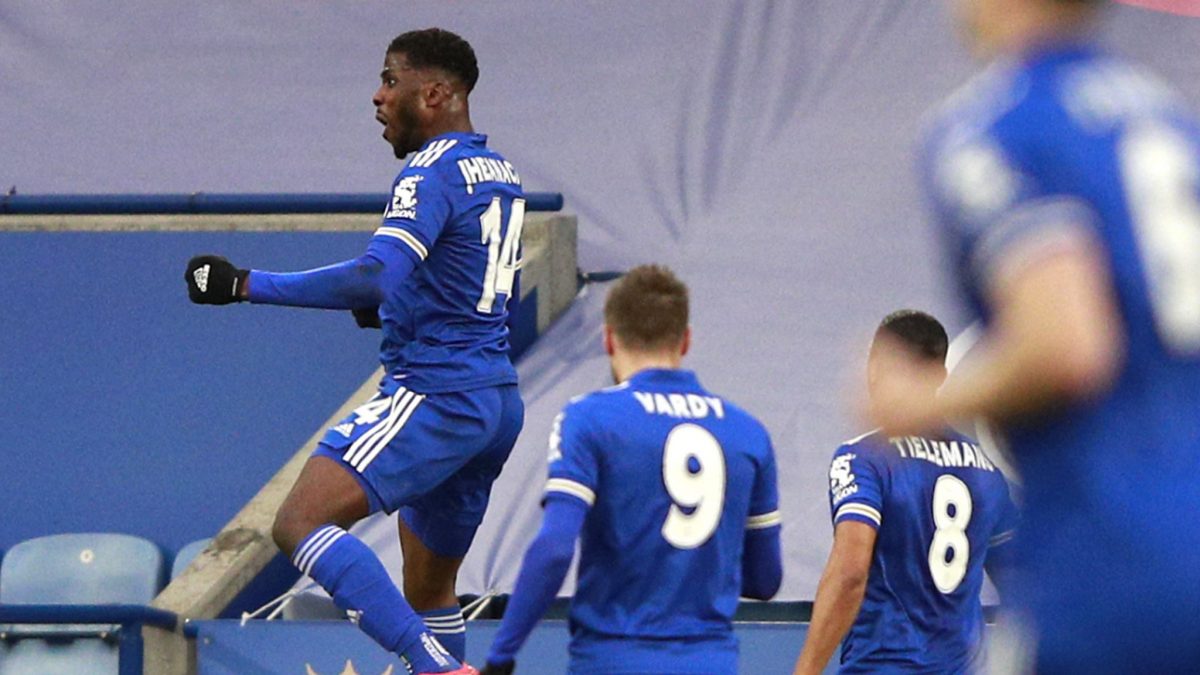 Kelechi Iheanacho extended his goal-scoring run yesterday with a brace for Leicester City to trounce Manchester United 3-1. While it was a bad outing for the red devil, the foxes clinch their first-ever FA Cup semi-final appearance in 39 years.

Head coach Brendan Rodgers seemed to have found a winning formula, and he stuck to it, starting Iheanacho upfront to partner Jamie Vardy against the Red Devils at the King Power Stadium.

And the Super Eagles forward repaid his manager’s faith, barely a week after netting his first hat-trick in the Premier League for the Foxes, when he latched home the opener in the 24th minute of the encounter

Iheanacho, who has been enjoying a real purple patch of late, was alive to take full advantage of Fred’s mistake, rounding Dean Henderson and rolling the ball into the back of the net to give his side the lead.

After Mason Greenwood equalizer, Youri Tielemans gave Leicester the lead once more from an assist from the in-form striker before Iheanacho struck again, this time heading home from close range to secure the victory for Brendan Rodgers’ men and ensure it will be they who are facing off against Southampton at Wembley in the semi-finals.

The Nigeria international has now scored nine goals in nine games for the Foxes.

No going back on ban of open grazing – Akeredolu

2,432 Total Views Troops of the Nigerian Army, Airforce and other security agencies have rescued Maj. Christopher Datong, the officer abducted at…

1,843 Total Views Yoruba nation agitator, Chief Sunday Adeyemo (aka Sunday Igboho), on Thursday, warned that no one should use his…