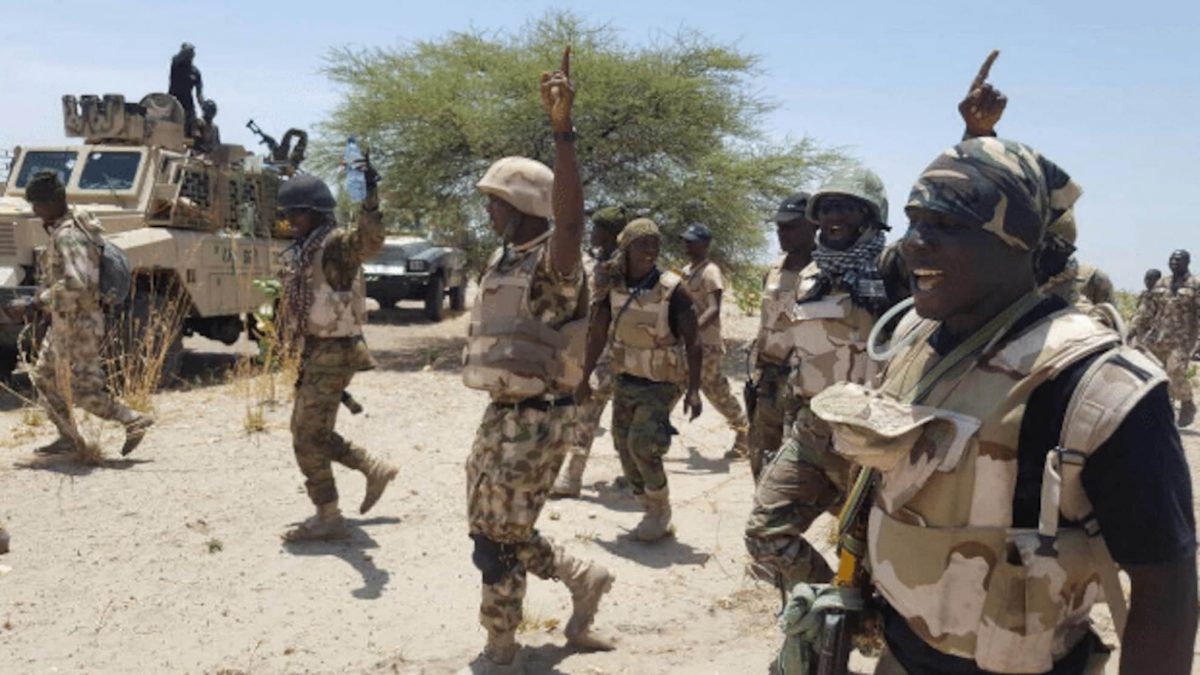 The speedy recovery was said to be in line with the ultimatum Defence ultimatum of the Chief of Army Staff, Major General Ibrahim Attahiru, during his recent visit to the troops to wipe out Boko Haram terrorists in Marte and other communities in Borno State in 48 hours.

The source further explained that the troops successfully and safely detonated series of IEDs laced along the routes and finally dominated the general area after neutralizing scores of criminal elements.

According to the source, “New Marte is effectively in our hands since 3 pm. Our will and determination are unshaken. We are ever determined not to let our service chiefs and the nation down.”

It was gathered that apart from landmines, the terrorists’ infiltration of the civilian population in Marte prevented the military air taskforce from launching aerial bombardments, to avoid collateral damages.

Recall that Attahiru, on Sunday, issued a 48-hour deadline for troops to clear terrorists from Marte and adjoining villages, including  Kirenowa, Kirta, Wulgo, Chikingudo communities of in Borno State.

The COAS who undertook a surprise operational visit to Dikwa to commend commanders and troops for protecting the town had assured them of the needed support to carry out the task, which he said must be done within 48 hours.

It was also gathered that the General Officer Commanding 7 Division of the Army,  Maj Gen Abdul- Khalifa, commended commanders and troops in that axis for thwarting the attempt by terrorists to takeover Dikwa.

Go to world court, APC is ready for you, Oshiomhole mock PDP

2,143 Total Views Former Governor of Ekiti State, Ayo Fayose, has said that the election of the South-west zonal congress of…