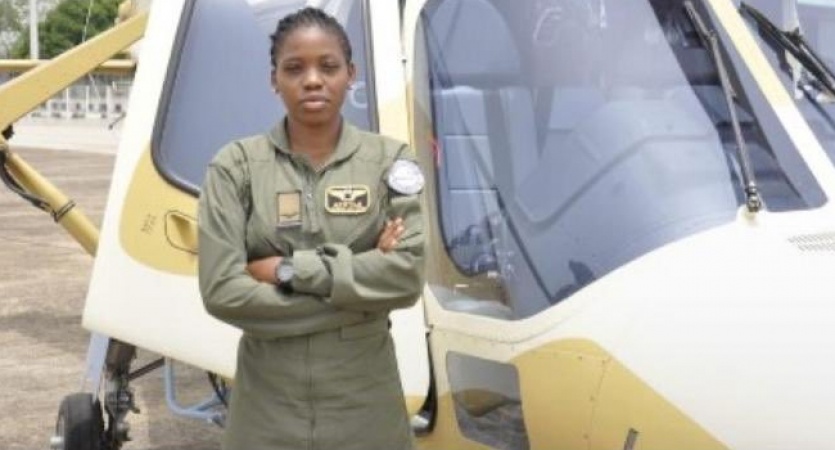 The Nigerian Air Force on Friday stated that it was investigating the circumstances surrounding the death of its Flying Officer, Tolulope Arotile, in a road accident, adding that two persons were being held.

The NAF Director of Public Relations and Information, Air Commodore Ibikunle Daramola, stated these in an interview with our correspondent, saying at the end of the investigation, “whatever information needs to go out will go out.”

The NAF spokesman later in a release on Friday noted that Arotile would be buried Thursday, July 23, at the National Military Cemetery, Abuja, with full military honours.

The NAF noted that it would continue to support female pilots’ training as 11 were currently undergoing training within and outside Nigeria.

The country was thrown into mourning on Tuesday when the NAF first announced that Arotile, Nigeria’s first female combat helicopter pilot, died at the NAF base in Kaduna State from a road traffic accident.

The air force said the female officer sustained head injuries from the accident when she was “inadvertently hit by the reversing vehicle of an excited former Air Force secondary school classmate while trying to greet her.”

Arotile, a member of the Nigerian Defence Academy Regular Course 64, hailed from Iffe in the Ijumu Local Government Area of Kogi State and contributed to the efforts to rid the North-Central states of bandits and other criminal elements by flying combat missions.

She was particularly a squadron leader in Operation Gama Aiki in Minna Niger State.

Notable Nigerians, including President Muhammadu Buhari, had since Wednesday expressed shock over her death.

8,282 Total Views Governors in the camp of the Rivers State Governor Wike yesterday boycotted the inauguration of the Peoples Democratic…