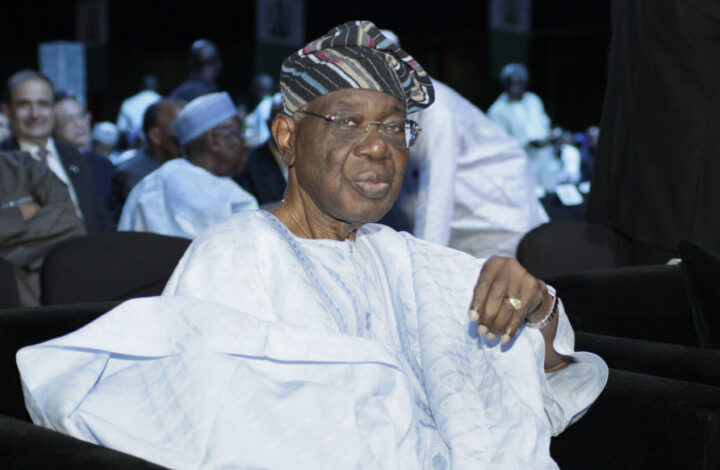 Following the death of Ernest Shonekan, President Muhammadu Buhari, has directed that the national flag be flown at half-mast. Shonekan, former head of an interim government later nullified by the court, was announced dead on Tuesday at the age of 85.

The Secretary to the Government of the Federation, Boss Mustapha, announced the directive in a statement on Tuesday. He said that the order is effective from Wednesday 12th till Friday 14th January as a mark of respect for the former Head of State.

Born on May 9, 1936, Shonekan was a British-trained lawyer and an industrialist. He was appointed interim head of the country after ex-Military President Ibrahim Babangida stepped down on August 26, 1993.

Babangida had refused to hand over power to MKO Abiola, acclaimed winner of the June 12, 1993 election, but relinquished power after intense pressure. Shonekan’s administration only lasted three months as Sani Abacha forcefully took power through a coup.

The elder statesman hails from Abeokuta, Ogun state. He attended C.M.S grammar school and Igbobi College, Lagos and obtained a law degree from the University of London.

2,188 Total Views Shuaib Labaran, the lead counsel to the Nigerian government in the trial of the leader of the Indigenous…

2,350 Total Views The Presidency has said the political elite have become weary of President Muhammadu Buhari’s stay in office because…