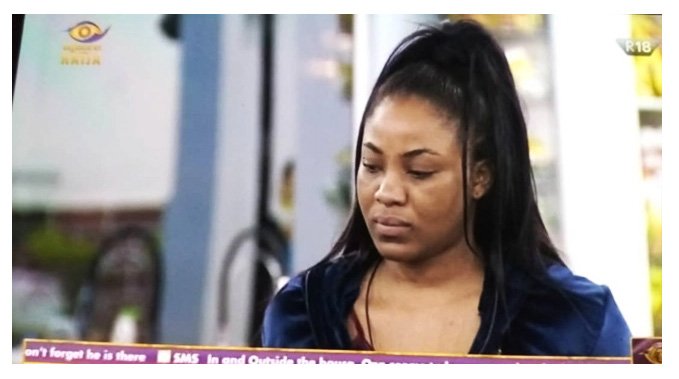 Erica on Sunday becomes the fifth Big Brother Naija housemate to be disqualified in the history from the show after  Kemen, Khloe, Kbrule and Tacha, respectively

The two times head of house could not complete her tenure as the head of house after she angrily packs out her luggage from the HOH lounge following her numerous altercation with fellow housemate most especially with LAYCON immediately the Saturday night party. Before this weekend, Erica had two strikes. Biggie issued her the first for whispering and speaking in codes while communicating.

She was given a second strike for sleeping in the HoH room until 3 am with Kiddwaya.

Then, on Sunday morning, she poured water on the HoH bed, to prevent her Deputy, Prince, from sleeping in it. She was also found guilty of breaking several house rules including disrespect for the Head of House rules, goading, among other things.

Her actions contravene Biggie’s rules, which stipulates both Head of House and their deputies must sleep on the same bed for the week.

After she was eventually disqualified, Erica was not allowed to make any remarks in a live interview with Ebuka, as it is with the show’s tradition.

It is understood that the organizers will not allow her to do official media rounds with sponsors.

8,011 Total Views Governors in the camp of the Rivers State Governor Wike yesterday boycotted the inauguration of the Peoples Democratic…