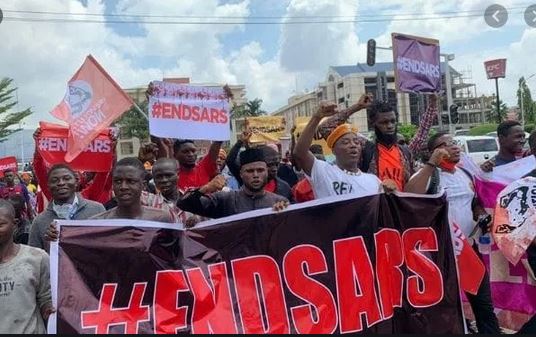 No fewer than six people were said to have died at popular Apo Mechanic Village in the Federal Capital Territory (FCT), Abuja, following clashes between #EndSARS protesters and yet to be identified hoodlums.

Houses, vehicles and shops were also set ablaze. Witnesses said trouble started when some miscreants appeared and allegedly accosted the peaceful protesters at Kabusa village junction down to Apo market.

It was further gathered that the demonstrators resisted the invaders who reportedly came with all manner of weapons, and instead of retreating from the scene, they (intruders) were bent on committing mischief, beginning burning vehicles on the road.

Findings further revealed that the incident was said to have been extended to the mechanic village, where the hoodlums also attacked many people, burning shops and property within their reach.

According to an eyewitness, who did not want his name in print, the shop and vehicle owners who felt aggrieved by the actions of the hoodlums, went berserk and started engaging the hoodlums which later resulted to the death of six persons.

Man slump and died after been pushed by neighbour

4,377 Total Views There were indications at the weekend that Rivers State Governor, Nyesom Wike, and his supporters have returned to…