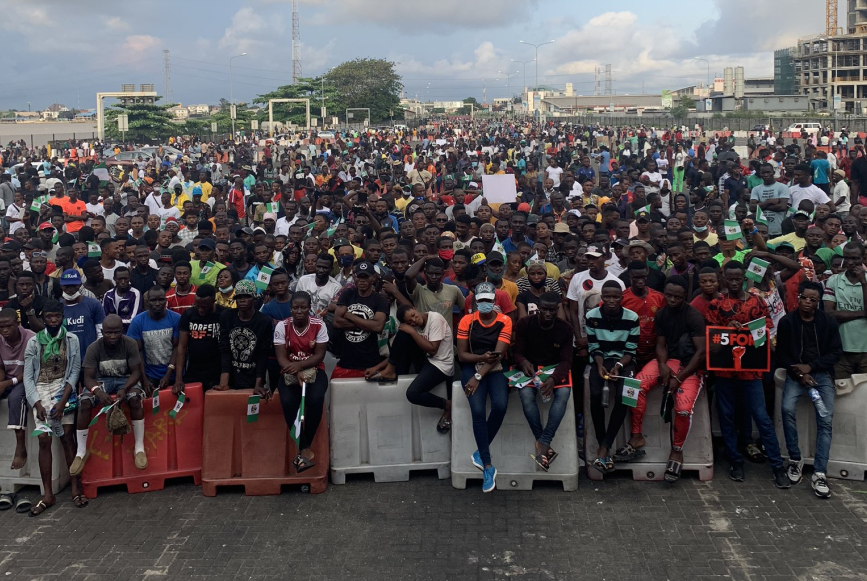 Security operatives, including police, soldiers and others have stormed the Lekki toll gate to prevent the first anniversary of #EndSARS nationwide protests.

The police authorities and State Government had warned against another phase of protests.

But the adamant groups have vowed not to back down despite the repeated warnings.

Organizers of the memorial protest have been mobilizing on social media platforms.

They vowed to storm the Lekki Tollgate in a car procession

The tollgate has been shut since October 20, after the #EndSARS incident.

Witnesses confirm that heavy presence of armed security operatives was spotted in some parts of Lekki and other areas of the state.

ALIMODU SHERIFF, SUFFERS ANOTHER SET BACK AT THE SUPREME COURT

3,539 Total Views Some angry youths in Kano State, on Monday, hauled stones at the advance convoy of the President, Major…

2,963 Total Views The President Muhammadu Buhari and the House of Representatives are on collision course over the deadline for the withdrawal of…