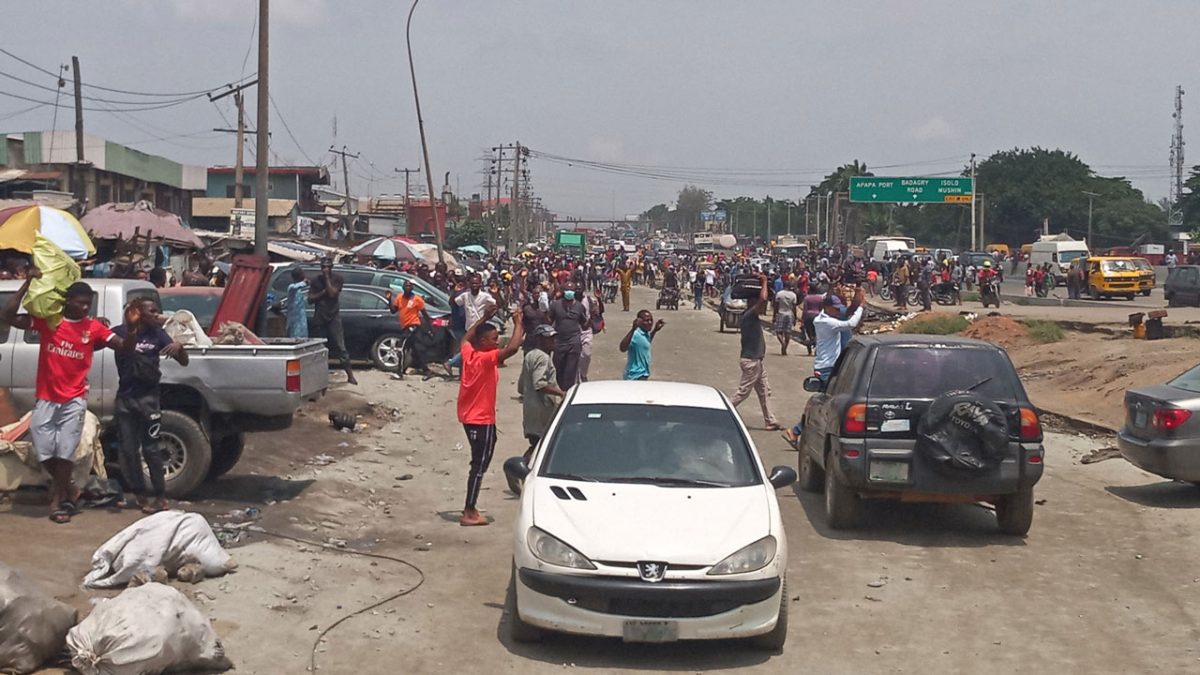 One of the biggest spare parts markets in Lagos called Ladipo market was thrown into pandemonium yesterday, following clash between the traders and some military men.

Three persons said to have been killed and many others injured when traders and men in military uniform clashed at the Ladipo area of Oshodi, Lagos State.

But the spokesman for Nigerian Air Force, Air Commodore Edward Gabkwet, denied the claim, saying only one person died, during the clash.

Witnesses said during the clash which led to pandemonium and stampede, it was learnt that a Toyota Hilux vehicle was set ablaze.

Gabkwet told journalists that, “Firstly, NAF personnel did not kill anyone. Moreover, it was one person that died not three. The information we have at the moment is that the NAF operatives who are attached to OPs MESA received a distress call that a soldier was having an issue with a debtor.

“So, they moved in to restore peace but as soon as some of the traders saw them, they started attacking them. They threw stones at them and destroyed the windscreen of the patrol vehicle. They attacked a soldier and seized his pistol. So, the Army soldier who was having issues with a debtor trader managed to retrieve the seized pistol and fired a shot in order to free himself and the operatives from the crowd. It was that gunshot that killed one of the traders.

“Two of our operatives sustained injuries. The information we have at the moment is that our men acted professionally and were only in the market to ensure peace giving the economic importance of the market to Lagos state and our country as a whole,” Gabkwet said.

Rivers State Workers in battle formation against Wike, Promise to cripple the State

4,835 Total Views Breaking from a century-old tradition in the name of health and safety, the largest convention organization in the…