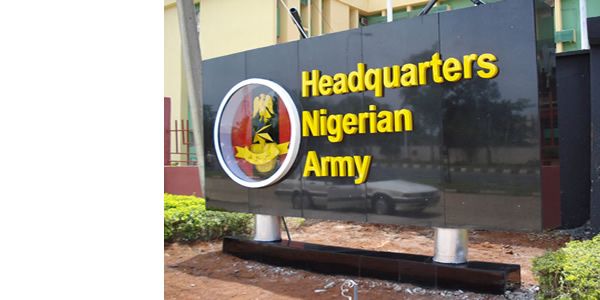 The Defence Headquarters (DHQ) has said it had not retired any Army officer, much less the Generals, as being speculated in some quarters.

The DHQ was reacting to speculations that the fate of Army Generals of Regular Courses 35 and 36 hangs in the balance as the Nigerian Army refused to make a categorical statement on whether they would be retired or redeployed to tri-service institutions, in line with military doctrines.

It was learnt that senior officers became agitated when one of their juniors, Maj.-Gen. Farouk Yahaya of Regular Course 37, was appointed the Chief of Army Staff (COAS), following the death of the erstwhile COAS, Lt.-Gen. Ibrahim Attahiru, in a plane crash in Kaduna on May 21.

It was also gathered that 29 of the Generals have been asked to put in their papers and proceed on terminal leave in compliance with extant rules in the Nigerian Army.

The Director of Army Public Relations, Brig.-Gen. Mohammed Yerima, debunked reports about retirement of Generals in the Army.

He said: “Who told you that? Tell the person to confirm it for you. Since they have issued it, they have their sources, but not the Nigerian Army. Did anybody issue any release (statement) about that? If there is anything like that, I will issue a release.”

Last week, the DHQ described reports of mass retirement of Generals as a conjecture of the media.

The Acting Director of Defence Media Operations, Brig.-Gen. Benard Onyeuko, stressed that retirement of senior officers is only voluntary.

US raise alarm over possible terrorist attack in Nigeria

3,128 Total Views Netflix will begin blocking subscribers from sharing their account passwords with people outside of their household in the…