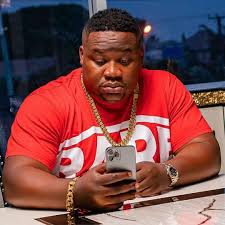 The EFCC had arrested the Nigerian socialite on charges bordering on money laundering and tax fraud.

He was arrested at the Lagos Airport on Thursday, but anti-graft officials hushed the development amidst pressure from his associates and family, who said the matter could complicate conditions for others likely connected to the alleged racket.

Okechukwu’s arrest had made it impossible for him to return birthday greetings from his nearly four million Instagram followers, with only his wife being permitted to see him in custody.

“The matter is still under investigation,” a source said.

His arrest came weeks after he called on the anti-graft agency to free Obinna Iyiegbu, also known as Obi Cubana, adding that Igbos were used to the EFCC treatment.

But the Cubana Chief Priest has now hosted an Instagram live session with Obi Cubana confirming his release.

Speaking after his release, the celebrity barman took to his Instagram, saying he had been tested okay by the EFCC.

Eguavoen, Ikpeba blame NFF over failure to qualify for Qatar 2022

2,787 Total Views Labour Party presidential candidate, Peter Obi has cautioned his supporters and loyalists against being toxic, urging them to…