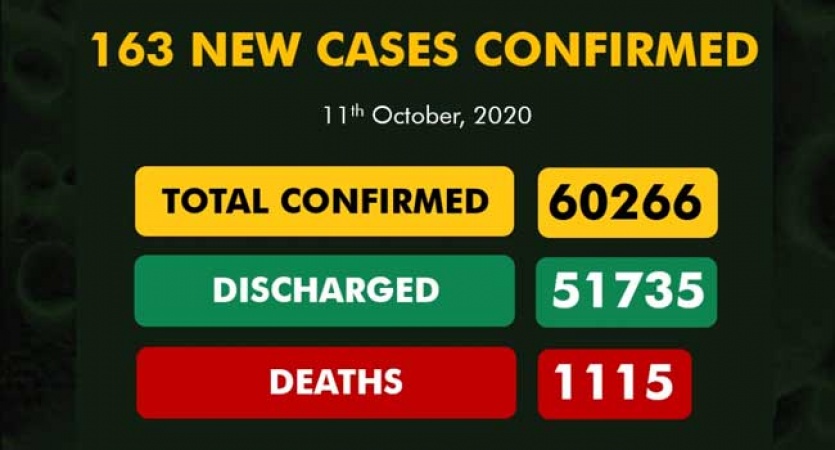 Nigeria has recorded 163 more COVID-19 cases in the past 24 hours while discharging 24 patients that have recovered from the virus.

This was disclosed on Sunday night by the Nigeria Centre for Disease Control.

According to the NCDC, the new cases were recorded in 11 states with Lagos having the highest figure of 113 cases.

Other states were Kaduna with 21, Osun with eight, Ondo and Oyo with five, Ogun with three, Bayelsa and Taraba with two, Edo, Katsina, Plateau, Katsina and FCT each having one case.

Lagos State has remained the epicentre of the virus with nearly 20,022 cases.

Since the virus emerged in China late last year, it has killed over one million worldwide, infected over 36 million, and forced millions out of work as the pandemic batters the global economy.

4,936 Total Views Breaking from a century-old tradition in the name of health and safety, the largest convention organization in the…